Along the Golden Road to Samarkand

Sweet to ride forth at evening from the wells, When shadows pass gigantic on the sand, And softly through the silence beat the bells. Along the Golden Road to Samarkand. (James Elroy Flecker)

What a change a three-hour high-speed train journey can make. The train from Tashkent to Samarkand is up to Swiss railway standards. Actually – 2nd class is almost like 1st class back home. Upon arrival in Samarkand, I checked into my Bead & Breakfast which is conveniently located in the middle of the old town and a stone throw from the greatest monuments I have seen so far in Uzbekistan. First, I changed 50 dollars in the local currency – which gives me a big stack of money. Now, I have to carry all the money in the backpack as my wallet is simply too small for this volume of bills. 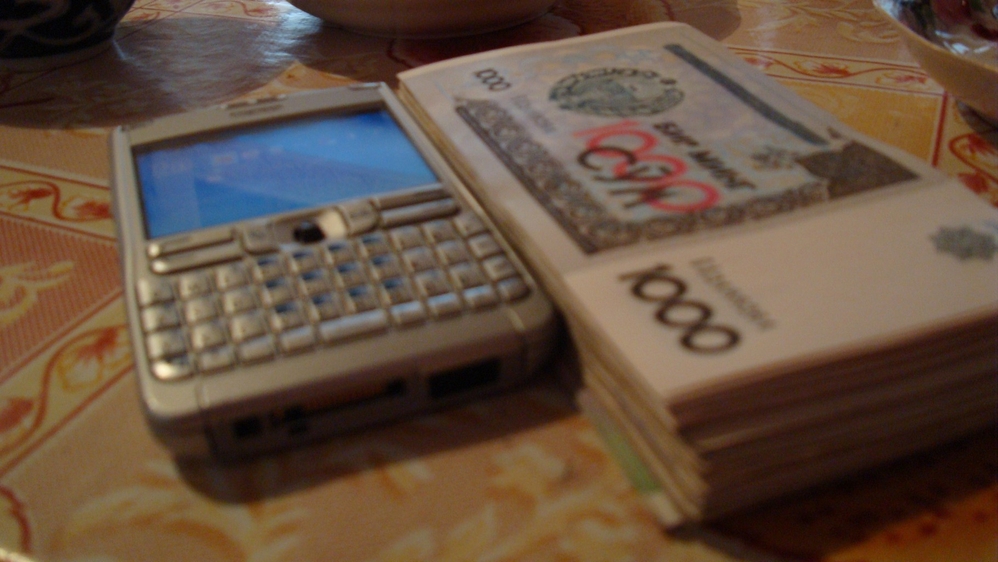 Unfortunately, it is a rainy day – but somehow the monuments still are breathtaking. Books can not describe how beautiful the “Registan“, “Guri Amir” and other historical monuments along the silk road are in reality. I fear that my plans to stay two nights in Samarkand will not be enough – but the impending visa expiry date leaves not much room to shift plans. Samarkand is very, very touristic as I met a handful of French and British tourists here.

On the other hand, tourists are still an attraction among locals. As the historic places are filled with kids on a school excursion, some of them went crazy when seeing me and giggled. First, I thought that I had a huge pimple on my nose. Or bird shit on my head. But soon, I figured out that the kids were giggling simply because they were too shy to ask for a photograph with me. As soon as the first group made the picture, the second group arrived. Now, I know how it must feel being a celebrity. But I complied and smiled patiently into at least thirty-plus pictures. Surprisingly, there were also adults and families who wanted me in their picture. 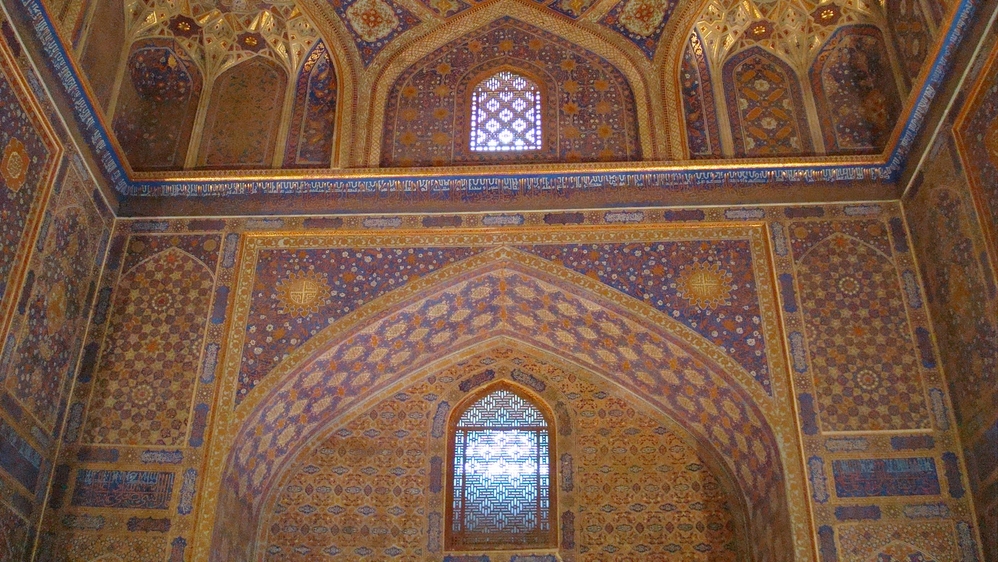 After a while, this actually became annoying. Well, I wanted to visit the place, and I had no more interest in playing a famous person. In an attempt of desperation, I started to ask people back whether I could have a picture of them on my camera as well. Right now, I have an excellent collection of pictures featuring me among total strangers. Weird.

One teen girl from a family was running after me with her elder brother to give me a souvenir she just bought (with the little money she probably had). I was told by her, that this present should always remind me of her. 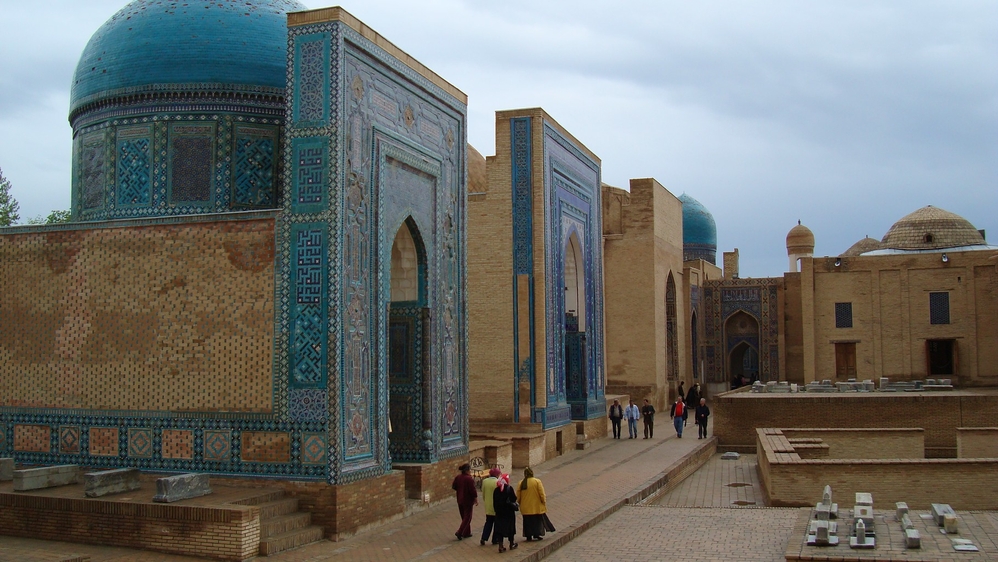 There is no need to reiterate my excitement about Uzbekistan. This was one of the focal points I concentrated while preparing for the round-the-world trip. So far, the experience lives up to what I have expected. However, in all my excitement about this country, I know that people deal with quite a lot of downsides:

The unemployment rate is high, and many Uzbeks work abroad. Even when they have jobs within their country, they are poorly paid. This results in absurd situations: As an example, the entrance fee to the “Registan” monument is 6500 sum at the counter. This entry fee is enforced by guards who make sure that no one enters without having paid for a ticket. However, if you are patient enough, you’ll spot corrupt agents who will let you through the same gates – the ones which they are supposed to guard – by paying a relatively small tip (around 3000 sum).

Although the country is plentiful of resources, most of it is exported instead of being processed here in factories. The result is that Uzbekistan imports almost everything at international prices. This seems to upset locals a lot – at least this foreign import of own resources was a constant subject when talking with them. 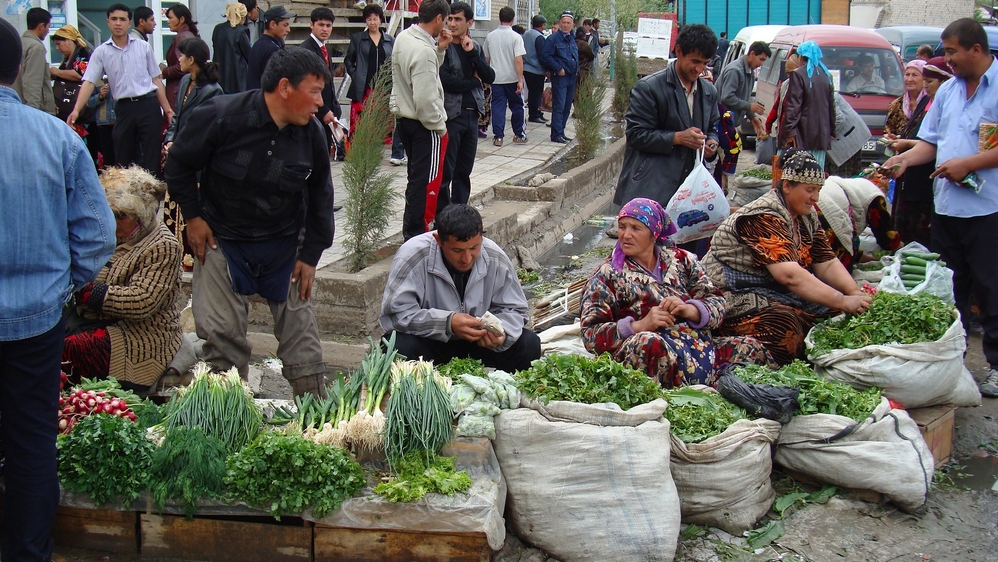 Waste disposal – especially the education about it – seems to be a general problem in the region. For example, the waste on trains is disposed of by throwing it between the carriages platform on the tracks (or out of the windows). When I saw this first on the Tashkent Express, I couldn’t believe my eyes. Therefore, PET bottles, papers, and other rubbish are a “scenic” sight along the Central Asian rail tracks and roads.

Police presence in this country is striking. It seems as if the police are employing fifty percent of the workforce. The uniformed officials are generally friendly and – as a result – Uzbekistan is very safe by any standards. The only real danger here seems to be the overcharging by dishonest taxi drivers. 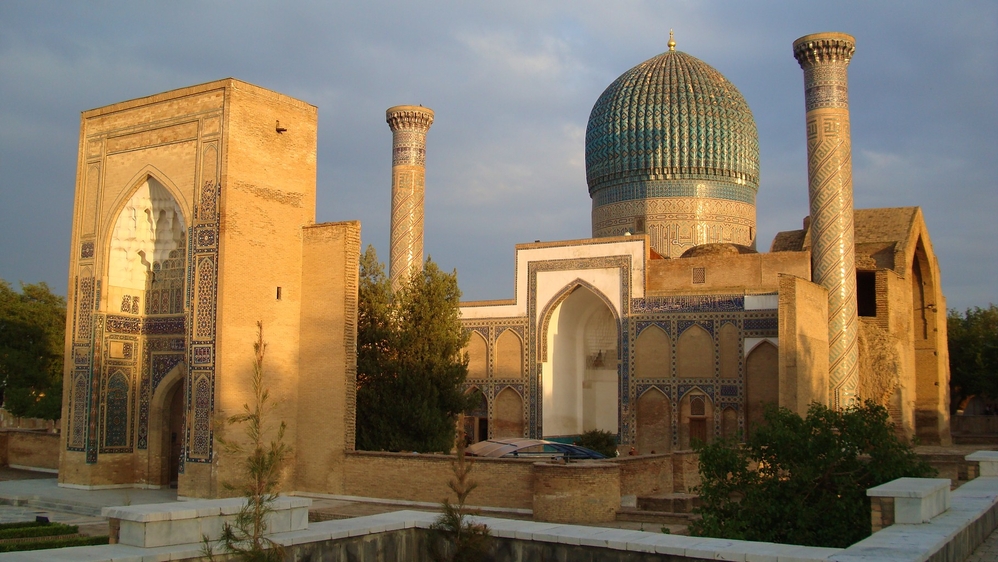 Being fully aware of the key downsides of this country, I am fascinated by its historical, cultural – and touristic – aspects. I truly enjoy staying here – with all the shortcomings. I surely could live here. But I’ll have to move on along the Golden Road – or my round-the-world trip will never happen. However, it will be hard for any of the upcoming countries to match the experience of the people and the sights here.

←
Eldorado in Bukhara
→
Immersed in the scents of Tashkent
Thanks for reading!
© 1995 - 2022 Reto Jeger. All Rights Reserved.