One of the important archaeological sites in China are the Mogao Caves.

Dunhuang, located in the Hexi corridor, greeted Thomas and me with a beautiful sunrise upon arriving at the train station. This railway line is actually so new, that it is not featured in any of our guidebooks. It is one of the many infrastructure improvements I have encountered so far in China. The station building is located about 4km from the town center, a minibus runs irregularly to downtown Dunhuang for about 3 Yuan.

Instead, we did opt to share a taxi which dropped us right in front of a hotel. A twin room ("standard room") was advertised for about 280 Yuan and we managed to bring that price down to 80 Yuan. This is quite amazing, since the cost per person was the same as the price for a bed in a Western style dormitory room in the major cities. 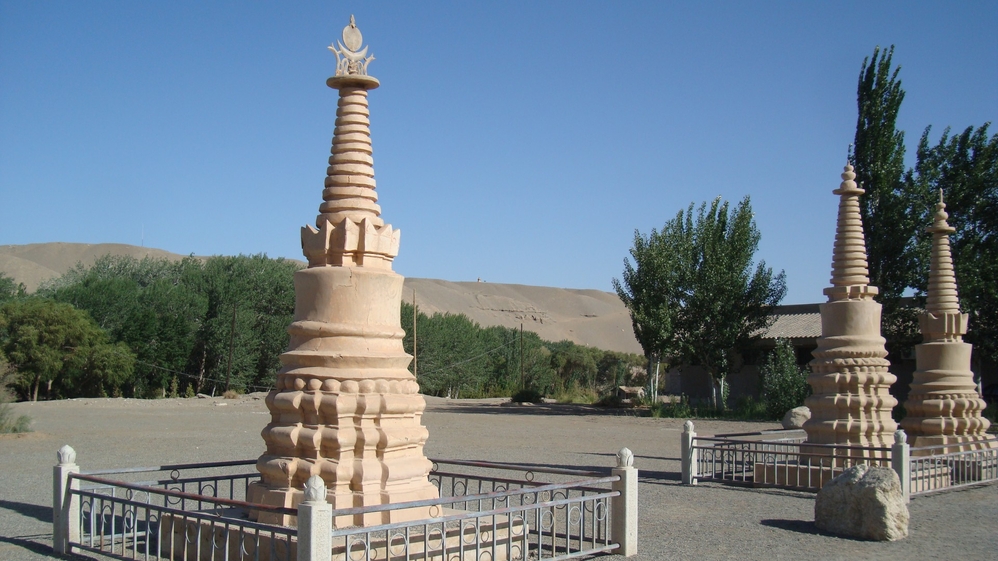 Later that day, we went to visit the White Horse Pagoda, which was a worthwile sight about 3km from our hotel. Next day, we went to see the main attractions: The Mogao Caves and the Sand Mountain. Unfortunately, the archaeological site of the mogao caves gained some attraction and the entire area is fenced for the purpose of charging entrance fees. Actually this place had the most expensive entrance fee I have encountered so far in China.

Moreover, to get access to the caves, you'd have to go with a tour where the guide unlocks the cave doors and gives some explanations. Traveling on a shoestring, we managed to save some money by going with a Chinese tour (160 Yuan - instead of paying an extra 20 Yuan to have the foreign language guided tour). 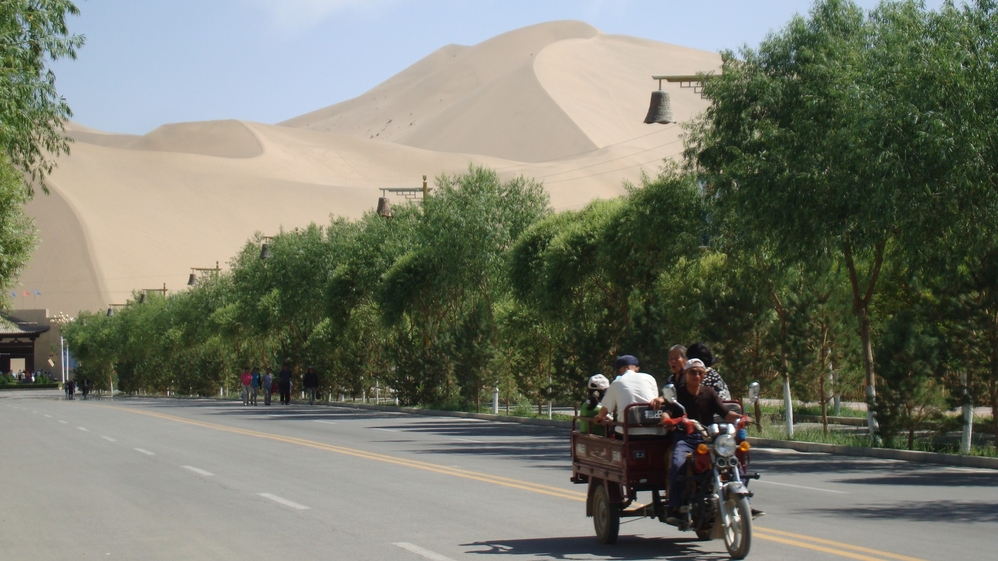 Unfortunately, it is absolutely and strictly forbidden to take any pictures inside the caves, which was a bit of a put off. Google Image Search provides quite a lot of photographs of tourists having sneaked cameras into the caves. We didn't manage to find an unattended moment to take hidden pictures.

Numerous archaeologists from the West scavenged these caves at the turn of the 20th century. About 500 caves feature Buddhist art of the last 1000 years. There is only a small number (20 caves or so) which are open at any given time. Even this small number of caves already contains quite an astonishing sampling of ancient history. As an archaeological nerd I came to the conclusion that the entrance fee (and the day) was definitely well spent. 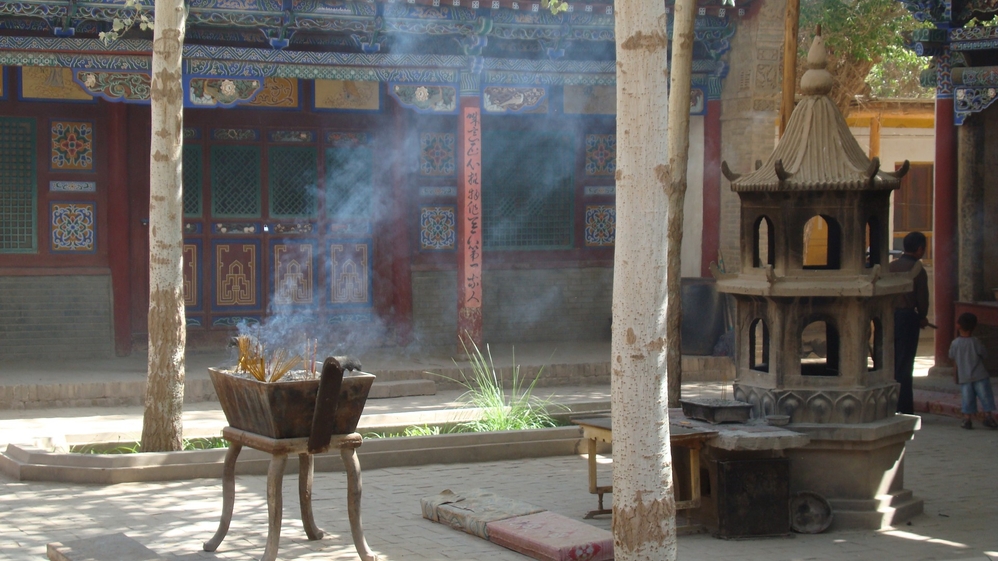