Being a celebrity in Tianshui

Tianshui was a transit stop where I decided to spend two nights. Being the only non-Chinese guy in a city of 400'000 people was a neck turner for most locals.

Arriving in Tianshui was a complete contrast to other Chinese cities I've encountered so far. Tianshui consists of two towns linked together by a highway: Qincheng and Beidao. Trains arrive in the latter one, where traffic and people are quite busy. Although this is certainly not the most beautiful area of Tianshui, people are very friendly and they made my decision to stay easy.

Also, my hotel, located near the train station, seemed to be a good strategic move as there was a good infrastructure for food, Internet and bars. However, being the only non-Chinese guy in a city of 400'000 people was a neck turner for most locals. 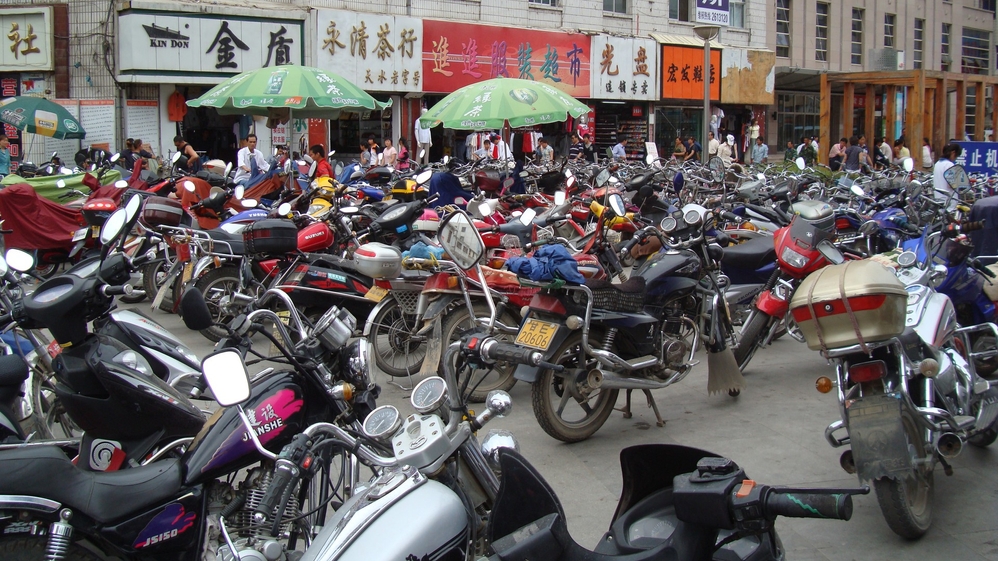 On one occasion, I went to the supermarket to buy shampoo and found myself quickly surrounded by at least four helpful shop assistants. It was quite hard to convince the ladies, that I didn't care about the brand - as long as the shampoo was cheap.

Here in China, I am using shampoos as a substitute for shower gel for several reasons. As a backpacker, I need to take care about the overall weight of my Rucksack. There's no need to carry shower gel, shampoo, plus conditioner in three different bottles around the world.

However, more importantly, the shower gels in China mostly contain some sort of skin bleaching chemicals. That's the way the Chinese people like it. I don't. Well try to explain this in Chinese when they try to sell you shower gel as a shampoo substitute. Luckily, after a lot of explaining, I got something that seemed to be a shampoo. The packaging was entirely in Chinese language - but by that time, almost everyone in the shop was engaging with me. From their looks I could decipher the meaning "just buy it". 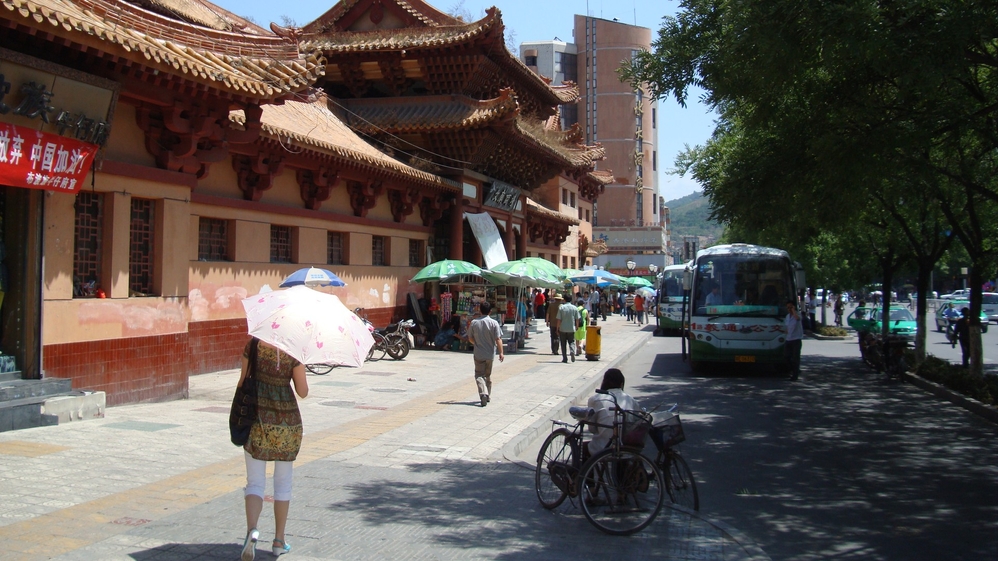 Entertaining so many people in a store felt like being like a celebrity. Therefore, I decided to expand my performance by walking from Beidao to Qincheng by foot. According to the Lonely Planet guidebook, the distance was a mere 5 to 6 km distance. Which seemed to be a perfect length for a day's walk and enjoy the fame of people staring at you.

Unfortunately, the Lonely Planet map for this area was yet another inaccurate one (the last one was the city map of Tomsk, Russia). If I'd spoken with the locals - instead of showing off - they'd have pointed out the correct distance: 16 km. Walking that far alone - by constantly waving, smiling and greeting the locals is a burden. Somehow, I now know, how hard life must be as a celebrity.

However, if this wasn't enough as punishment: Upon arriving in Qincheng, I had just enough time to catch the last bus back to Beidao.

Nevertheless, being immersed in a complete Chinese environment without speaking the language was both interesting and challenging. For instance, the receptionist at my hotel would not want (emphasis on "want") to understand that I intended to stay two nights. One night was OK, but anything beyond that was a firm "Mejo" (no). So I decided to do the same. I did not want to understand her.

As a precaution, I packed everything before leaving next morning. I figured, if the hotel really needed my room, they only would have to grab my backpack. This would make things easier for them as well as for me. To my surprise, when I returned that evening, my room was untouched and I therefore was able to enjoy a second night. Moreover, I discovered that many rooms were empty that night. What was the deal of not wanting me to stay a second night? I'll never know. 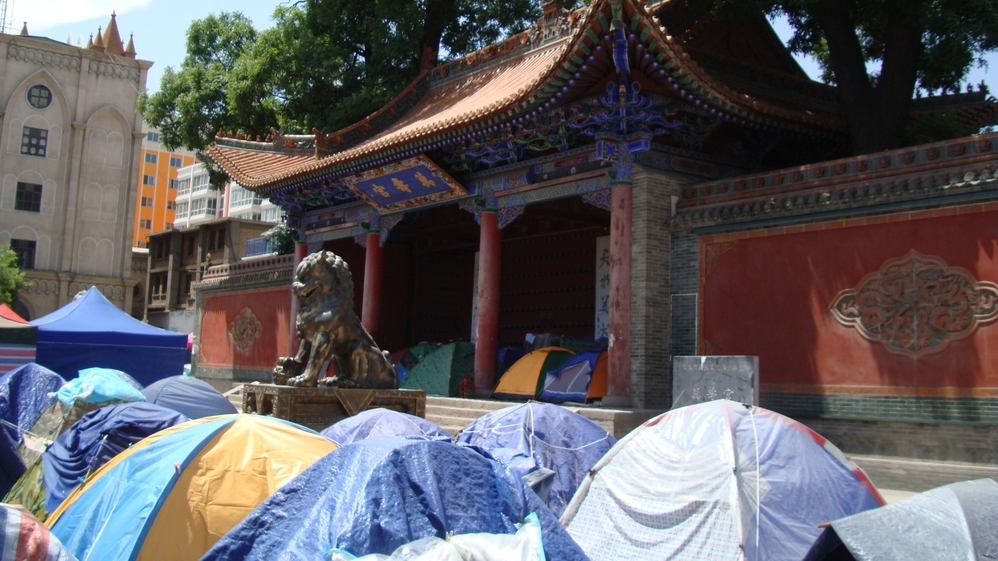 News about the earthquake (dubbed casually as "5/12" in China) is omnipresent in the country. And I am witnessing the real consequences here in Tianshui.

Yes, I have so far seen numerous trucks with "Earthquake relief" banners elsewhere in China - but the streets of the twin city of Tianshui offered me with a hint of the magnitude of this natural disaster. Tents with relocated families from the neighboring Sechuan province are omnipresent. These shelters are virtually everywhere - even in front of tourist attractions and in the centers downtown. It feels a bit odd to wander around with a camera, being a curious tourist.

Nevertheless, these homeless people were very friendly. Hopefully my appearance made the day for some kids playing in front of their tents. A tall Wester celebrity walking through the streets made them giggle.