Chongqing and the Yangzi river

33 Million people are living in the municipality of Chongqing. That is an awful lot of people. No wonder that this place is - by some - considered as being the biggest city in the world (at least population wise).

Being achieved by a paper transaction that simply extends the municipality of Chongqing to include other cities nearby, this claim of being the biggest city seems to me a bit dubious. In fact, visiting this mega-polis does not really feel like being in a very large city. Mexico City, Sao Paulo or even New York seem to be much more crowded and bigger.

However, this does not mean at all that I didn't like Chongqing. In the contrary: I was pleasantly surprised by the "laid back" feel of the old town areas, the vast cycling opportunities along the Yangzi river and the food stalls in the many tree-decorated alleys in the downtown ferry landing area. To sum things up: This was well worth my three day visit before heading on to Wuhan by boat on a Yangzi river cruise.

What separates a backpacker from the average posh tourist? It is the choice of how to do the mentioned river cruise. Since the regular tour boats for Western tourists aren't affordable for travelers on a budget (personally, I can do one full month in China for the price of the cheapest "Western" tour), backpackers often opt for a cheaper tour geared towards Chinese tourists. 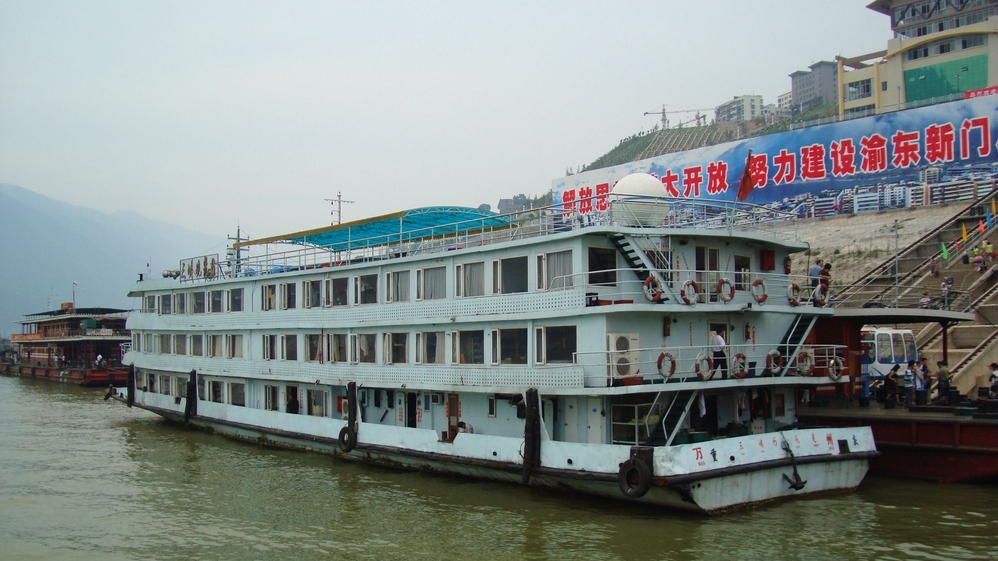 Such a Chinese tour boat is segregated into three classes: First class is like a standard twin room in a Chinese hotel - and beyond my budget. Second class is a four bed dormitory, which comes at just about the price of my daily budget. Third class is a six bed dormitory even cheaper. Nevertheless, I decided to splurge a bit and went second class. A decision which turned out to be perfect: I shared my room with only one other Chinese. He was part of a larger group, spoke a bit of English and was most of the time Mahjong playing with his mates in their dorm. So I got kind of a single room for the price of an expensive dorm.

A Chinese cruise comes at a "cost" - other than money. The daily tour schedule did remain a mystery to most of us Westerners - despite the fact that most of us had copied down the essential itinerary when booking the tour at the various hostels. Since we all had different tour guides (depending on where the tour was booked), we could compare their service. A Chinese tour guide on a Chinese tour boat means for us Western tourist that we'd simply get the tickets for any excursions from them.

The deal when booking the tour is - in fact - that we would have to gather information about the sites visited ourselves (from guidebooks or online resources). Some of these tour guides went the "extra mile" in telling us what we were about to see and by what time we'd have to be back to the ship. But most of the time we were left in the dark and followed the Chinese crowd clueless like lemmings. But we were laughing and guessing all the time about what we might possibly see next. 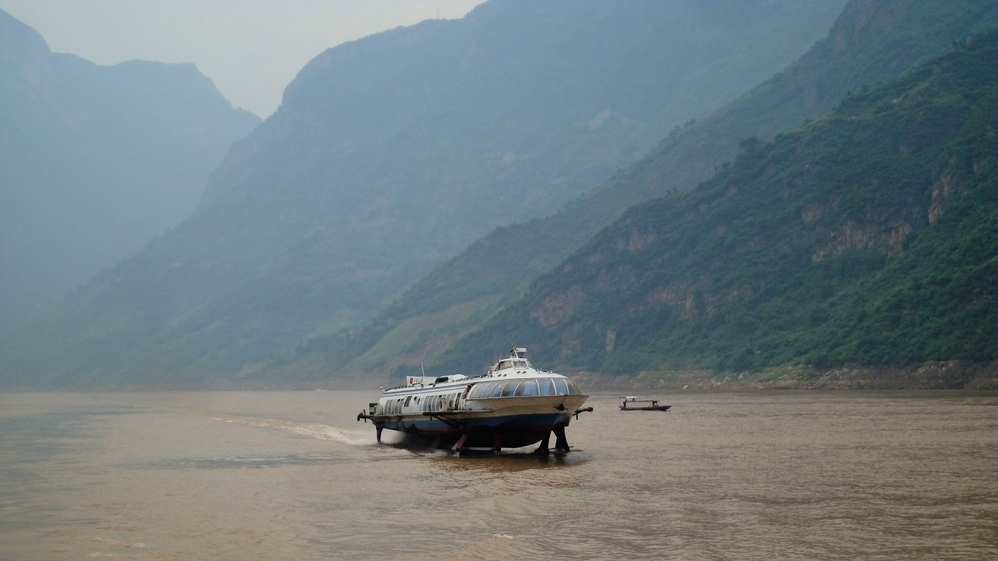 Another technicality was the bathroom infrastructure. Most of the time, there was no warm water. One afternoon, the Chinese roommate rushed into "my" room. He translated a speaker announcement that I just overheard in Chinese - "You! Must take shower now! Hot water until seven o'clock". I did not feel like taking a shower at half past six in the evening - but I did as the guy ordered. Oh yes - the shower rooms! They do actually consist of a small cubicle within the dormitory featuring the average Chinese squat toilet. A shower head mounted on the wall leaves no doubt about the secondary purpose of that area. Now - this poses the real problem: A standard Chinese plumbing seems to be geared towards alerting you whenever the person in the flat next door is making a poo. Smell therefore was the major problem for us Westerners since all these shower-toilets would simply deploy a very strong smell during twenty-four hours a day.

Since I didn't have the intention to stay indoors and watch Chinese soap operas on the telly, the piping smell didn't pose that big of a problem for me. Sitting on a deck-chair outside instead, I would watch the "Three Gorges" unfolding - while slowly realizing that I definitely arrived 14 years too late to this place. The construction of the Yangzi Three Gorges Dam - with the subsequent flooding - simply shaves 175 meters off on all gorges.

This once was probably a breathtaking scenery. But watching hill tops on both shorelines wasn't too much exciting. This looked very much like the common Rhine river cruise back home. It was interesting - but far from being something sort of a "must see" in China. Even worse, since the relocation of the locals had to happen in only a couple of years, the shape of every settlement, village, city along the river consists of standardized concrete buildings - similar in shape, size and color. A plain ugly sight which might upset and create nightmares for any educated architect who might plan to visit the Yangzi.

Nevertheless, the whole trip was worth its money and I enjoyed it a lot. Because together with the other backpackers and the very welcoming Chinese tourists, we spent a lot of fun moments. This was definitely more entertaining and less expensive than the average Rhine river cruise. 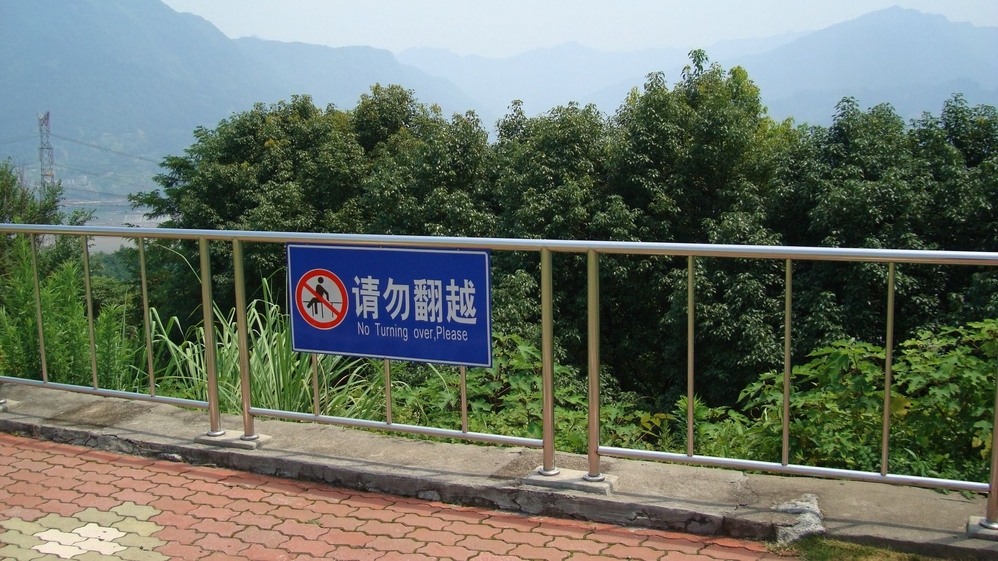