The city of Bukhara is located on the Silk Road and has long served as a center of trade, scholarship, culture, and religion.

The first day in Bukhara, I bumped into a local student – Rustam – who was selling postcards. He offered me to show the city and historical sites for a small nominal fee. Rustam was eager to learn English, and I was eager to view a maximum of Bukhara in a minimum amount of time. After three days in Bukhara, I stayed another extra night, because Rustam had introduced me to his friends and family and I was completely immersed in the Uzbek daily life and culture.

During that time I repaired two computers, without having an Internet connection. That’s a pain because I couldn’t “google” for anything or download drivers. Locals do go to the Internet cafe, download the necessary data on their USB sticks (at dial-up speed) and then take the data home. It’s a tedious process. And USB sticks are shared among friends, so computer viruses are common. Nerdy as I am, repairing computers was a welcome break from “too much cultural input”.

Yes, Bukhara has a ton of sights: This UNESCO world heritage site dates back to the 6th century BC. The historic center feels like having not changed at all since then, although a lot of madrassahs, minarets, and places obviously date from medieval times. Absorbing all the cultural sights in a short time is difficult.

On the food side, I made my first encounter with Plov. This rice dish is veeery tasty, and I would not mind eating it three times a day. Rustam invited me to his home, where his mother and sister were busy preparing food for dinner. Their Plov was the best so far. It was also refreshing to sit and eat in a family environment, although my language skills made conversation a bit hard. 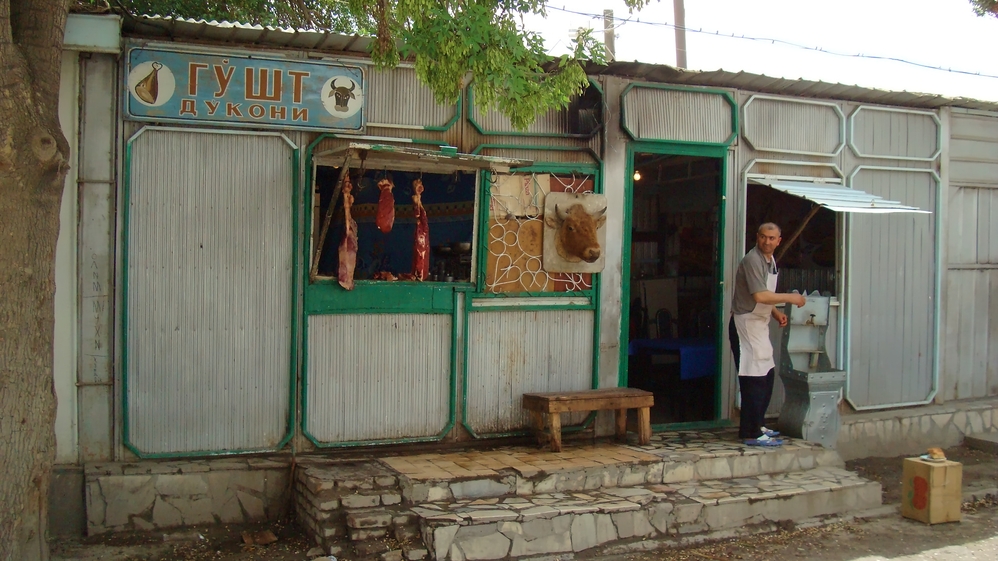 After dinner, we went to a local club, called “Eldorado”. At the outskirts of Bukhara, I was the only tourist at the premises. The “Eldorado” had great dance tracks and an overall good atmosphere with a small lounge. When it was getting late, we ordered some food from the restaurant below. I also went through the usual ritual of being tested how much alcohol a European can cope with. I think I did well… 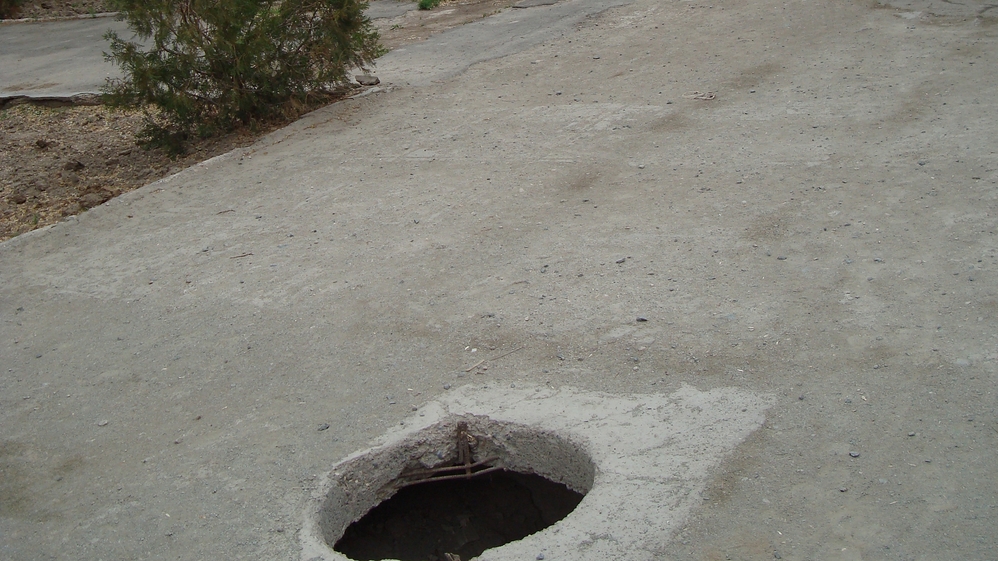 Walking home from the club definitely, requires locals for guidance. The roads and sidewalks are in pitch black darkness as street lights are almost none existent – even on boulevards. This in itself isn’t a problem. But throughout Uzbekistan, there seems to be a shortage of pothole covers. Or – maybe someone is stealing them and making a killing by selling these iron covers?

What sounds like a fun fact, is in reality quite dangerous, because it means that anyone can fall into one of these sewers easily. Especially at night. As there are a lot of other obstacles (especially for people my size) in Bukhara, I quickly learned the term “Asta Roshna” (which seems to mean “Watch out” or “Beware!”). Besides Russian, I also picked up a few easy Uzbek words. People surely react differently, if I greet them using “Asalam aleikum” instead of a Russian “Dobri dien”. Or when stating a “Rahmat” (Uzbek: Thank You). Maybe it’s my imagination, but it seems as if these words are giving me a ten percent discount on souvenirs.

Unfortunately, it is time to say good-bye to Bukhara - and soon to Uzbekistan. Khiva will be my next and last destination in Uzbekistan since my tourist visa expires in a few days. It’s a pity because I could easily have stayed around for another couple of weeks…