Despite its name, the Gobi Desert features grassland, steppe, canyons, dunes and mountain ranges. And it is an important region for archeologists and paleontologists.

Many backpackers do choose the same route (hey, we all read the same guide book...). Therefore, it is no wonder that I kept bumping into the same few people more than once since Lake Baikal. It's always nice to see a friendly and familiar face when arriving in a new hostel. Ulan-Bator was no exception to this experience.

During the train ride to Mongolia, I did bump into two couples sitting in the compartment next to me. I met them back in Irkutsk and after a bit of a chat, I decided to join them in the same hostel in Ulan Bator. This hostel is a perfectly streamlined and organized backpacker place. Their staff picked us up at the train station, checked us in, served breakfast and then provided us with some in-depth information about tours available.

Staff of the hostel provided this information to small random groups in the manager's office. Some of the guests did require special amendments to their tour: Some wanted an extra day in the desert for hiking, some wanted a personal tour guide - and a bunch of people were very eager to complain even before their trip started.

Fortunately, I was sitting next to Jo, Jon, Jason and Ania (from Wales, England, New Zealand and Poland respectively) when the trip details of a nine day tour through the Gobi desert was outlined to us. No complaints, no first-world-special-treatment. From all the people in the hostel these four were the only people I would want to to spend nine days on a tour. The five of us decided quickly and booked this tour. 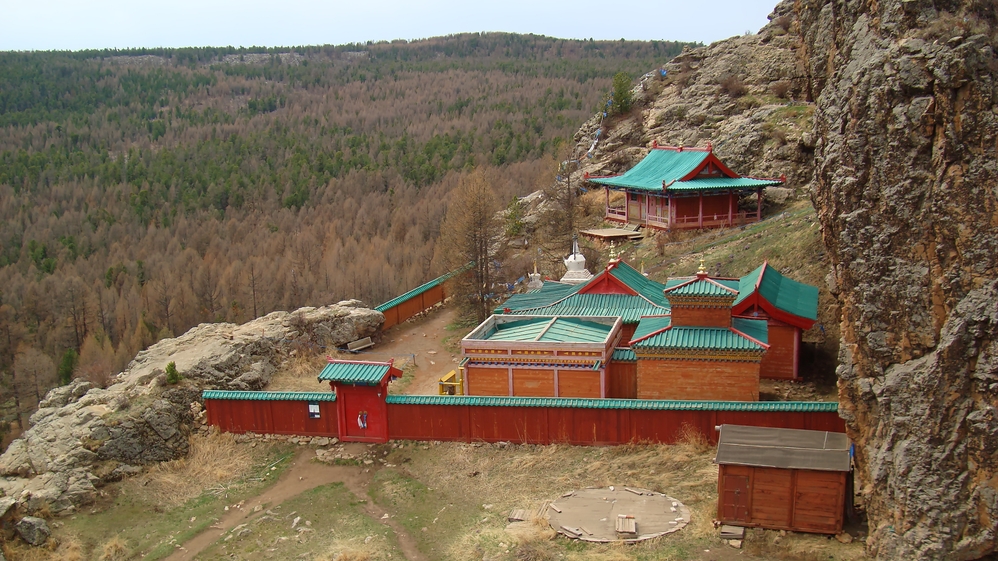 As we were advised during the tour briefing, we then went to shop for fruit, chocolate, cheese, water and toilet paper as personal stock beforehand. During the trip, the food consisted mostly of mutton in any variety and shape. We had mutton milk for breakfast, mutton dumplings for lunch ("make sure you suck the dumplings first to get all of the juice"), mutton ragout for dinner - being served with tea and a big splash of mutton milk. One of the notable alternative drinks was Airag, which is fermented horse milk which I found to be tasting a bit like very liquid Tsatsiki.

Eating supplemental first-world-processed-food from our own stocked items quickly became an essential survival exercise after most meals during the tour. 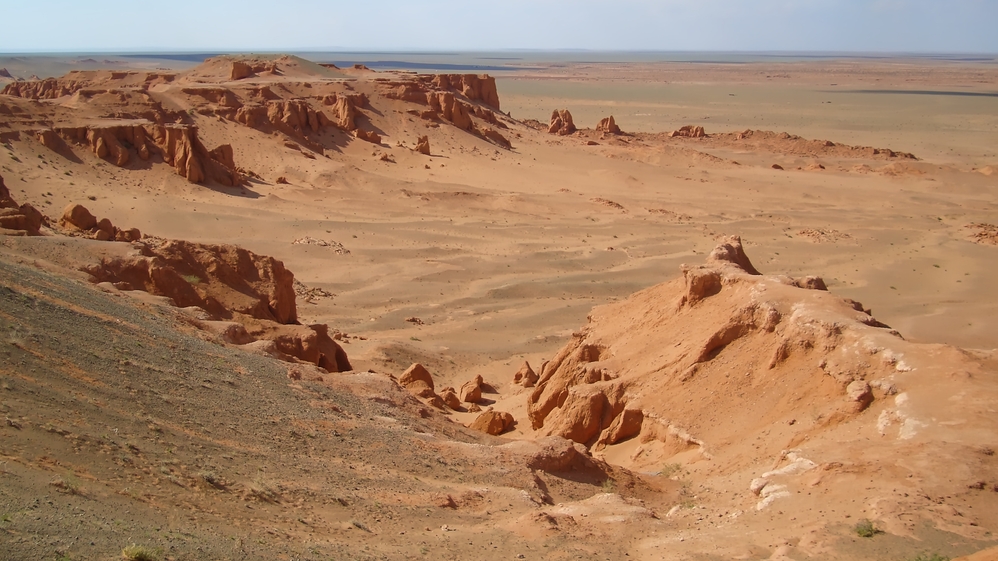 We stayed overnight in mongolian gers provided by local families. These round tents were quite comfortable, albeit having usually a very small door frame into which I bumped my head more than once. One night, upon arriving back from an excursion in our ger, we found a pot of soup boiling on the stove, containing an entire sheep head. At first, we were told that this was foreseen as our dinner.

A Mongolian girl from the family (she wanted to be called "Nature", because her Mongolian name was too complicated to pronounce for foreigners) started to enumerate various parts of the head - for example the eyes - which are allegedly delicacies that we were supposed to try and taste. Luckily, we were later told that she made a practical joke and this was the dog's food cooking on the stove in our ger. 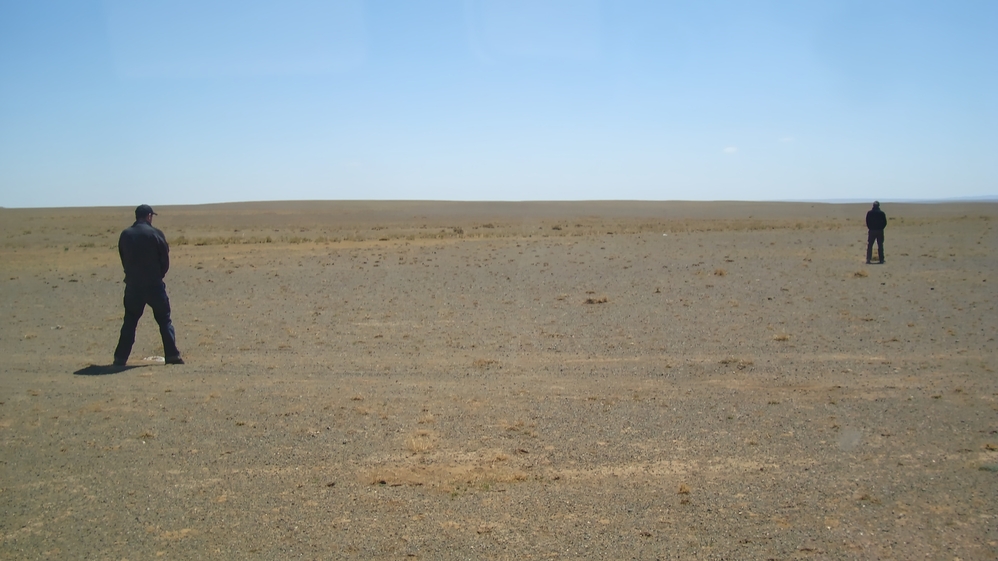 Another notable experience during this trip would be the routine of dealing with "calls of nature". On the first day out on the road we spotted in some village local men who were walking on the street, then suddenly stopping for a pee. And then continuing to walk their way casually after having finished. We were partly amazed and partly disgusted by looking at these events unfolding next to us.

However, after while we did exactly as the Mongolians do: Pee whenever you need to, no matter where you are. As long as you know the direction of the wind all will be fine. However, "big business" was an entirely different matter. All gers had a kind of a makeshift squat toilet and very quickly, we improved our balancing skills of kneeling down, holding the pants in one hand while the other hand was holding the toilet paper. And at night, biting on a the torch lamp in the mouth added a bit of extra complexity to the yoga-esque exercise. Mind you, bending down on top of two squeaky wooden logs while trying to keep the balance and target a hole "six feet under" is definitely not an exercise for the faint at heart.

Therefore, the words "pee" and "poo" were a recurring subject at any given time throughout the day, to exchange the best strategies for happy pooing. 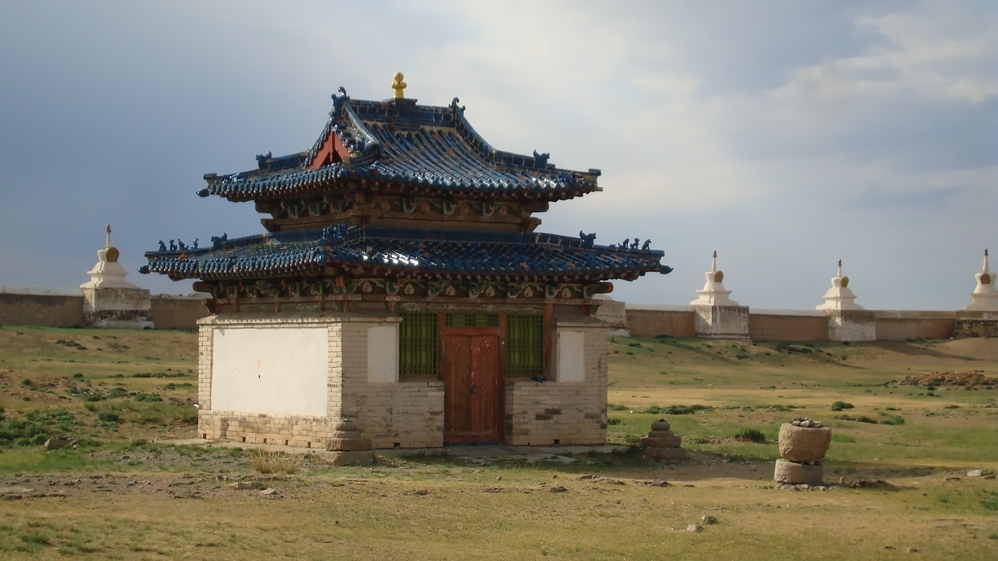 Each day during our 2000km trip, we would discover different landscapes. Our driver was a very nice chap called "the doctor". Other tour drivers would wait for him when they have a car problem, since they trust his skills. Moreover, he navigates as good as a GPS device. We actually had to wait for another (posh Australian) tour group which was lost in the desert and for which the doctor had to provide directions to the next point of interest. Unfortunately, "the doctor" didn't speak much English, but we figured out that he was eager to return home to his wife and four kids after nine days with us in the desert.

Sadly, the trip through the Gobi Desert is over as I am writing this. We all arrived back in Ulan-Bator, quite hungry for "real" food (aka: Burgers, Pizzas and Coca Cola). And we were also looking forward for a much needed shower to wash out the sand which we've got during our trip. I had loads of fun with Jo, Jon, Ania and Jason during the past nine days. We've spent evenings sitting on hills watching sunsets and drinking screwdriver, playing cards, emptying a weeks stock of beer in one night only and listening to some weird music (Jo's O.C. soundtrack was actually quite acceptable). I truly hope that we'll meet again.

And we spotted our driver this morning at the hostel, picking up another group of people leaving on a Gobi Desert tour for 14 days. I wish him a safe road and many happy customers.