Lanzhou is a major hub connecting China's East to the Western provinces, as well as the South to the North.

Lanzhou's railway station is also connected to the modern Lhasa express to Tibet. Those travelers will have a separate waiting at the station. Although many backpackers choose to stay here solely to stock up on food and wait for their visas to be sorted out, there are some nice areas that make a stop in Lanzhou a very pleasant one.

One of these sights is the Muslim downtown area. Numerous mosques, medresas and minarets are emphasizing the important Chinese Muslim community living in this city. The markets here have a very similar vibe to the ones in Central Asia. There are plenty of colorful and different spices and scents. Even the people dress differently from the Chinese. If any place in China felt like the silk road and Central Asia, this was it. 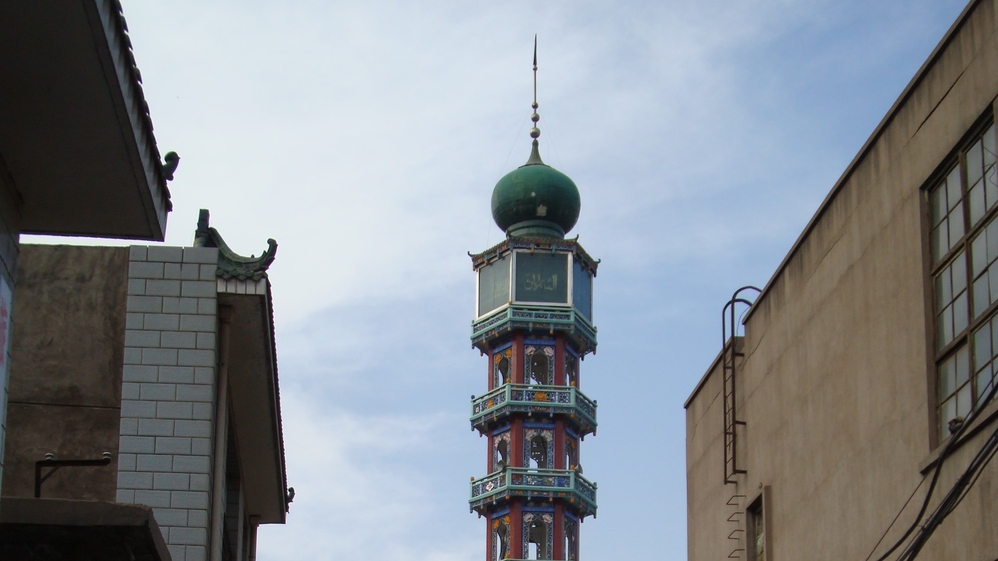 After all these weeks in China, I still don't speak Chinese. Less do I understand. The intonations of the various words are a nightmare and I gave up trying to speak a while ago. Not understanding the local language yields in absurd situations. The youth hostel in Lanzhou, for example, is a very welcoming place. But it is not the usual backpacker spot that would help to facilitate things in breaking down language barriers for Western tourists. In fact, I was the only English speaking guest during my stay in the Hostel.

The owner of the place is very friendly and he asked me to sit with him and his friends for dinner upon my arrival. Obviously, there was some drinking involved since there was no point of talking. We emptied quite quickly two bottles of chinese "wine" at 53%, plus a couple of beers and I had some introduction into the local, spicy food. To my surprise, one of the dish consisted of a kind of Polenta (mashed corn) into which you'd dip spicy gravy and some vegetables. The result was very tasty and ranks among my favorite food here in Western China. However, verbal communication was non-existing during that evening. 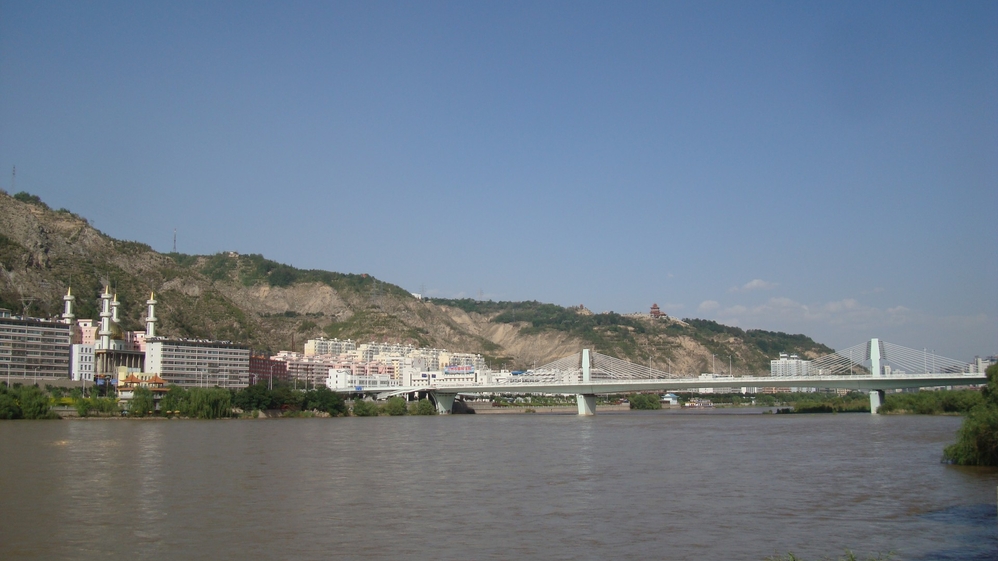 Together with another "newbie" - a Japanese tourist - I made my way back to the dorm quite drunk at around 2am. Next morning, I discovered that there were no showers for the dorms. Luckily, the Japanese bloke spoke some English and some Chinese. He managed to convince the reception staff to allow us to have a shower in one of the vacant twin rooms which are having a bathroom. During the following days, we repeated the same ritual and I guess that the youth hostel probably will provide this kind of extra service to the next "Long Noses" showing up in Lanzhou.

Another major Chinese communication exercise was to get the hostel staff to understand that I wanted my laundry done. Quite soon, they understood that my clothes were dirty and needed a wash (hey, I am not good at gestures - my clothes simply stank...) - but then the room lady started to nod. Why? Unsure what this meant and knowing that each place has its own "laundry rules" (in some hostels, guests use the washing machine - while in other places only the staff will operate the machines), I started to ask about who would have to do the laundry. This was a question too much.

It was absolutely funny to watch a simple question sparking a ten minutes debate evolving in a major rally for the Chinese hostel staff. After all, I only asked to have my laundry done. Was I really the only guest having this kind of request? Although this question probably never will be answered, a bill of 10 yuan ended the discussion quite abruptly. And later that day I found my cleaned clothes drying and hanging all over the various dorm beds in our room. 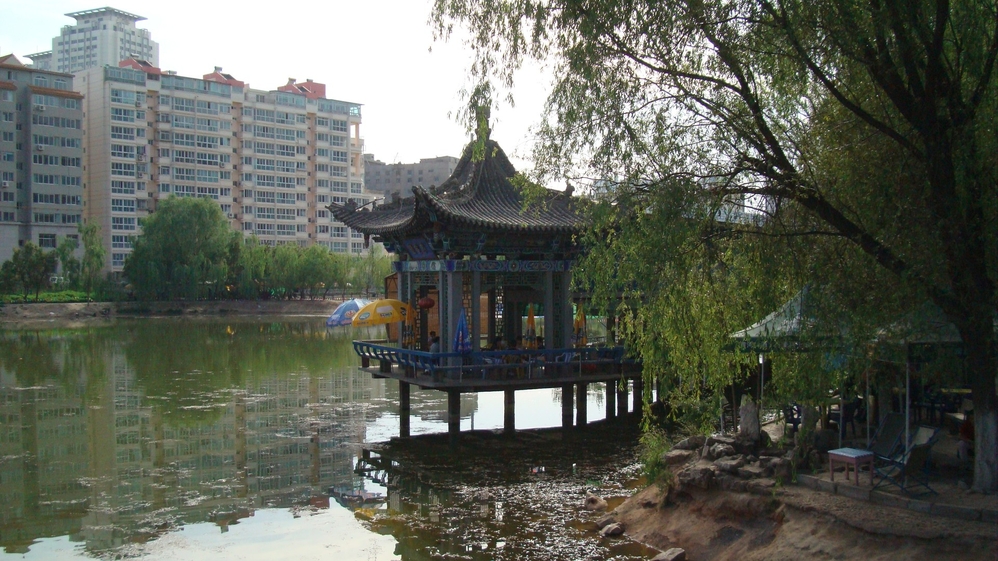 The second last day of my stay in Lanzhou, Thomas arrived with his girlfriend, Xiaoyan. While she later set off for Beijing, Thomas and I started to make plans to work our way towards the Wild West of China for the next couple of weeks. The three of us spent one rainy day in the city of Lanzhou.

Omitting purposely the snow storm day upon arriving in Ulan Bator (Mongolia), this was in fact the very first rainy day since I left Switzerland for this trip!

←
Archaeological nerds in Dunhuang
→
Being a celebrity in Tianshui
Thanks for reading!
© 1995 - 2022 Reto Jeger. All Rights Reserved.