Of band-aids and money

Optimizing my backpack constantly and discovering Moscow. A fantastic city with plenty of things to discover.

Packing all necessary stuff into a backpack isn’t that hard. With some experience, one knows what was missed during the last trip – or what proved to be useless and isn’t worth carrying around. And even for the inexperienced travelers, there are plenty of Rucksack packing lists available on the Internet. In my case, the random item was a portable stove. The original idea was to be able to boil water for coffee – one big luxury, I wasn't willing to miss on my journey. But there’s always a source of hot water. And even if there isn’t: I figured out that I can get along fine without coffee for a day or two. The daily dose of caffeine seems not to be that important anymore. 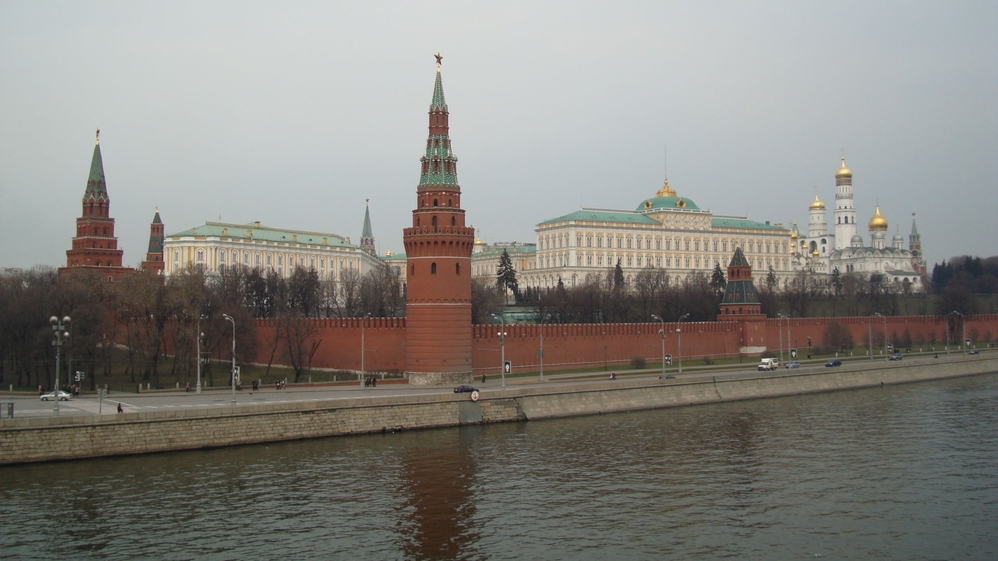 But when it comes to optimal packing, then the first days of the journey are a constant repacking exercise. For instance, I knew that I took band-aids along. But since their packaging was too big for the relatively small first-aid kit – stuffed with dozens of pills against altitude sickness, stomach pain, malaria pills, cholera treatment and such – I decided to pack the band-aids somewhere else.

It was only when hurting my hand today that I figured out that I couldn’t remember where in the many pockets of my rucksack the band-aids were hidden. Well, I found them next to my Swiss army knife. Logic – when packing back at home – probably dictated me that, since I have a tendency to snap-fold the army knife’s blade with my finger in between, this would be a good place to store band-aids. 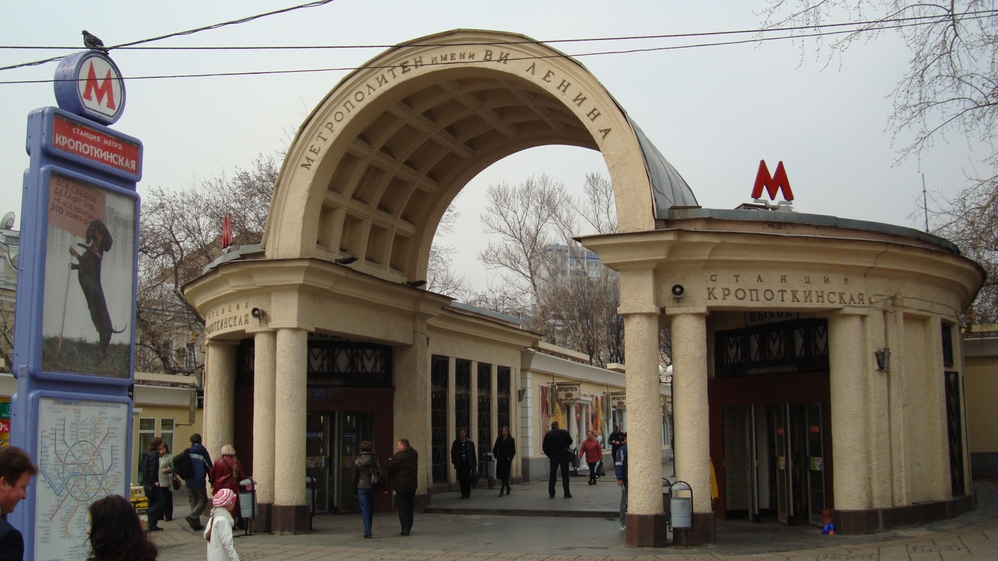 Besides the backpack, I do carry a smaller day-pack while visiting cities. Probably because I felt uncomfortable how my “stash money” was hidden, I found myself constantly fumbling in that bag during the first two days. Moreover, the US dollars in cash aren’t needed, since I can get along fine with my regular ATM card here in Moscow. 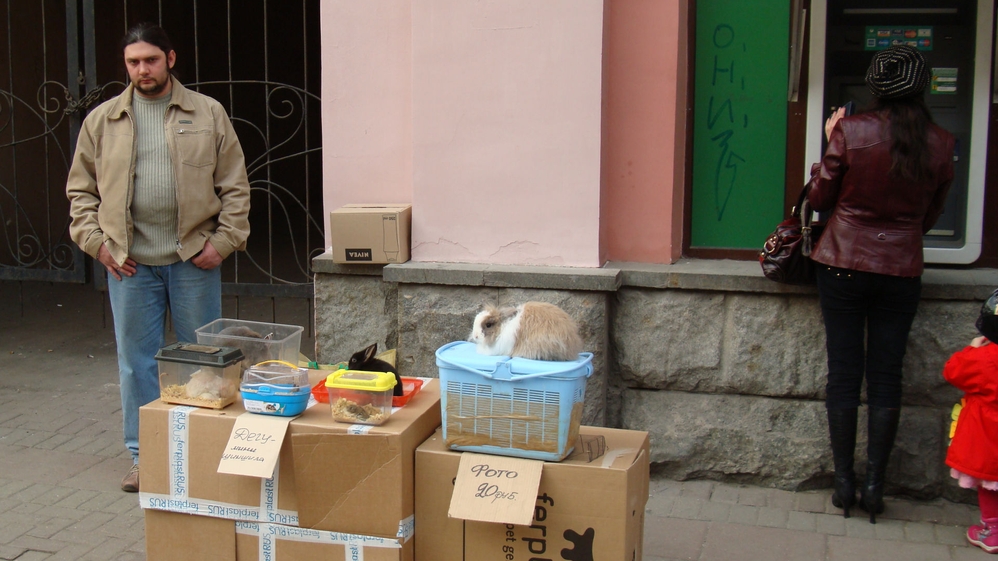 Now, in Moscow, everything seems to be for sale. On the Arbat market, one can buy animals next to the souvenir stand full of postcards. So why wouldn’t humans be for sale? It’s a fact in any big city in this world. But the number of well-dressed, older businessmen walking arm in arm with a beautiful young blonde, wearing dark make-up and mini-skirts is just astounding.

Moreover, average salaries are low, but prices in shops are as high as anywhere in Central Europe. So I start to think about how the 20-year-old guy sitting next to me in this Internet cafe can afford his Nike shoes, Levis jeans, Hilfiger shirt and Boss watch. 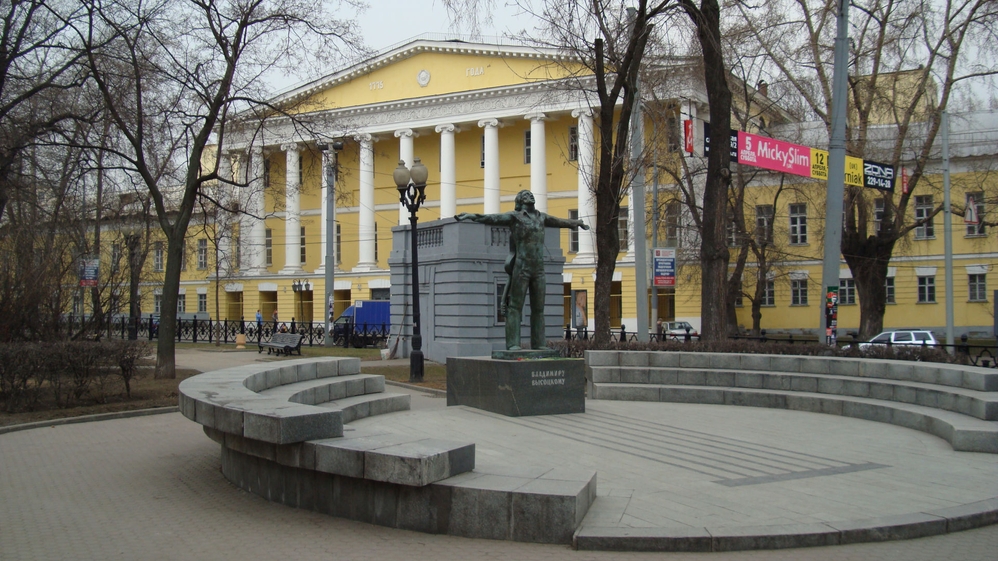 To be honest, my very superficial perception of the first days in Moscow became much more balanced this morning while crossing the pedestrian bridge over Moscow River next to the Christ the Saviour Cathedral. There were some wedding parties. Photographers were taking pictures of the newlyweds. A closer look revealed that the newlywed put a safety lock on the iron rails of the bridge next to the Cathedral. These locks carry their names or their mutual love promises.

An old lady told me that also unmarried couples are coming to this place. They put a lock to seal on their friendship. Well, I did find this a very romantic scene. Maybe I’ll be putting a lock on a bridge somewhere, someday with someone. Despite of Moscow’s superficial shortcomings, I’m slowly falling in love with this city for its true values.

But then, being in love with this city is like loving an expensive bride – because Moscow comes at a cost: I am lucky to stay at a dirt cheap hostel (450 Rubles / 12 Euro per night). A coffee is about 130 Rubles, a bottle of coke in the super-market sets me back with 90 Rubles. The entry fee into the Kremlin is 650 Rubles (plus 60 Rubles for the mandatory deposit of my day-pack).

On top of all this, every foreigner spending more than three nights in Russia is required to get an official registration (OVIR). This registration does come at a fee of 700 Rubles (500 Rubles more than last year). To sum things up: My cheap hostel has to cross-finance the daily cost of living in this city. Which hopefully means that I can maintain my target budget.