Sadly, my stay in Uzbekistan came to an end and I planned to make my way from Khiva to Tortkul station where I did board the train coming from Nukus (city in the western Uzbek desert).

On the 50km taxi ride to said train station, we crossed a river over a makeshift steel plates bridge (which I already crossed on the way in from Bukhara to Khiva). I have no idea why the drivers have to pay a toll to cross this kind of structure. Maybe it is to pay the salaries of the dozen steel workers constantly soldering the crackling plates to keep them together - or if it contributes to a fund for a new bridge. One of the miracles which will remain open, since I still don't speak enough Uzbek. 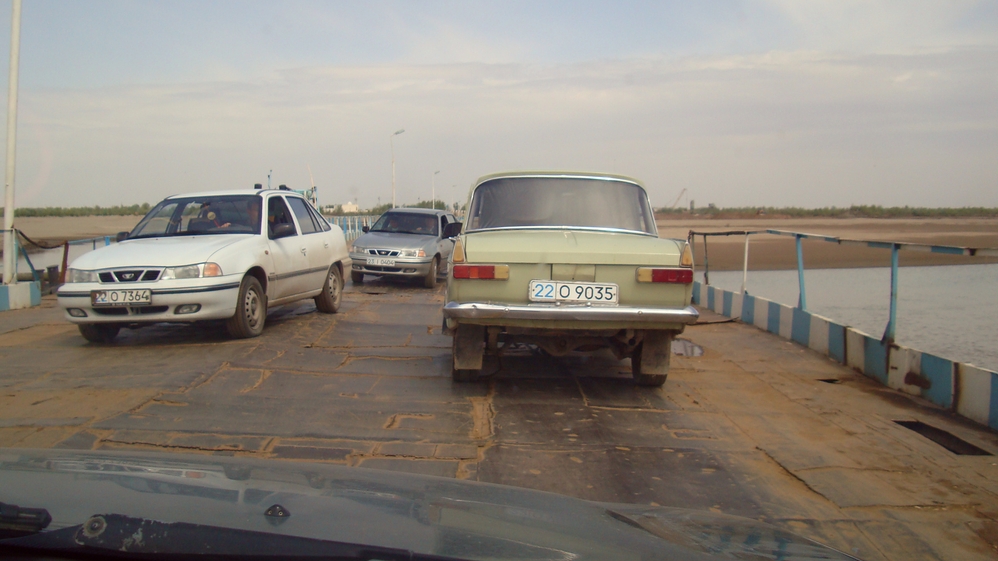 For the train ride to Almaty in Kazachstan, my budget decided to go "Platzkartny" (I didn't have enough cash when buying the ticket), which essentially means a dormitory-style sleeping car. There is a sort of culture shock, when you first board such a car, especially if it is not along a tourist route. In Russia (and the former federations), train numbers that are lower, are more luxurious - meaning that single digit train numbers (like train number 7) are the best. My train in the Uzbek outback had number 321 and I chose, as mentioned, 3rd class (Platzkartny). All the guidebooks tell you to avoid this train by all means because of filth and lack of comfort. Sounds like something that I had to try.

Upon boarding, the Provodnitza directed me to Mischa, who remained very quiet about his professional background throughout the journey. He assigned me another seat than the one I booked and I figured out that some seat shuffling had happened before the train had arrived. Despite my reserved seat I was an unexpected passenger. Together with Mischa, we slept on the hard bench on top of the two bunk beds - usually this is the space where luggage is placed. But it was actually OK and I decided not to insist on my seat. Later, I figured out that the whole shuffling was done to help a young pregnant women. Throughout the ride, Mischa took great care of me in facilitating many things for me. 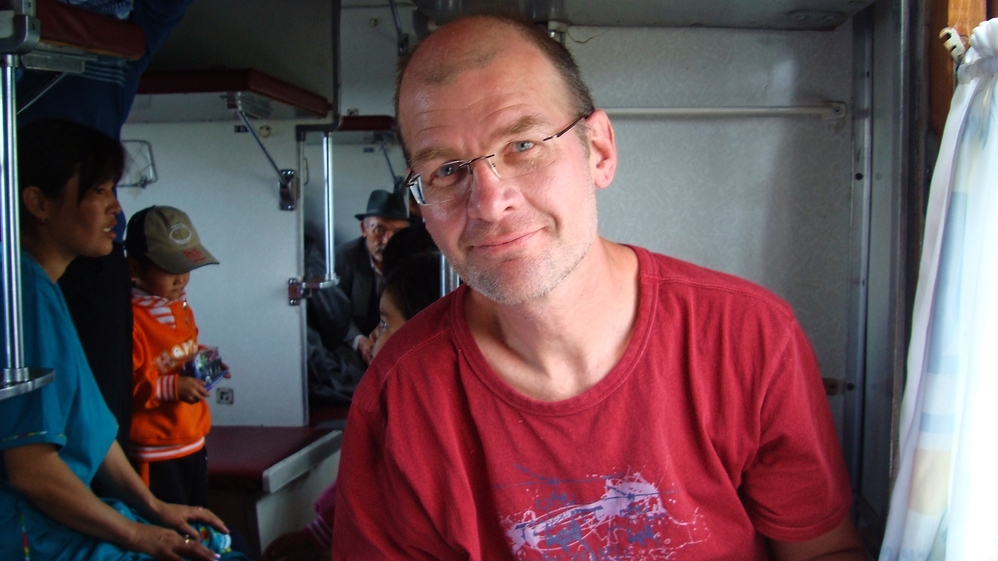 Uzbek hospitality extends to the point where people will follow you to the toilet just to make sure you don't get mugged or police-checked on the way there or back (usually to go to the toilet, you have to leave the building and do your stuff in a shed behind the house). This was the case back in Bukhara, where I was so annoyed being constantly followed by one of my "bodyguards" when taking a leak in the dance club, that I decided to try sneaking to the toilet when my Usbek friends were out of sight. I felt like a six year old boy trying to discover the shopping mall without his mum. To no avail. Each time they would run after me and upon leaving the toilet, I would find one of my mates patiently waiting in front of the door and making sure that I would get back to the dance floor unharmed.

On the train to Almaty, this was exactly the same case. Mischa seemed to be the "bodyguard" assigned to me. But this time, I was quite thankful to have such a person. On the first day, Mischa went into great "hello" and loud chats with the border guards - both the Uzbek and Kazach ones - and they were equally pleased to see him. He usually would leave the train, have a smoke and hug his buddies, while the rest of the passengers were under the scrutiny of border control. Being under Mischa's wings, I made the smoothest transit into another country so far - although it still was very lengthy one (three hours in total). 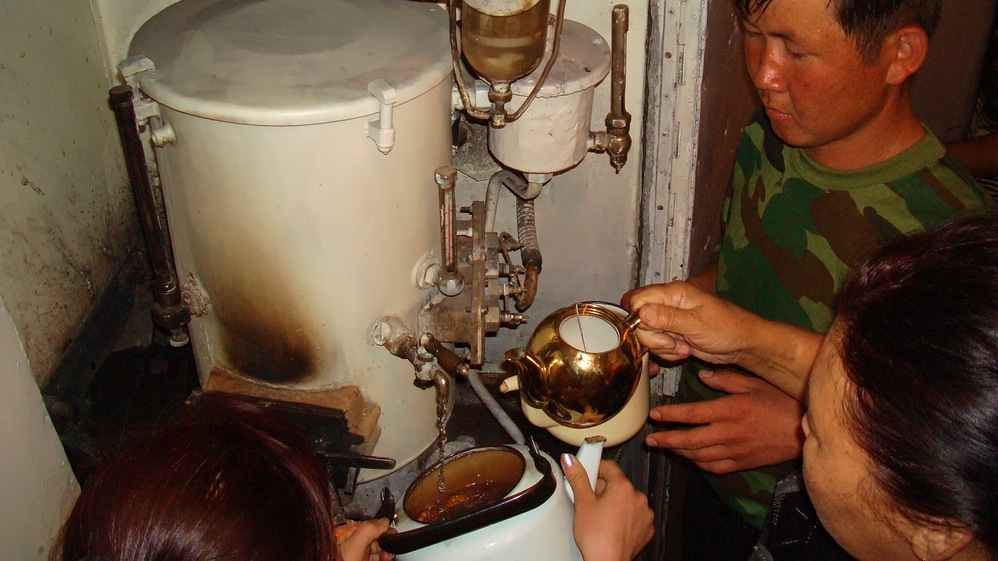 But things got a bit strange and I decided to go back to our Platzkartny car. The drunks followed me and this is when I figured out that Mischa must be some kind of Police or Militsia guy travelling on a private journey. He asked me twice whether I wanted to drink vodka with the other guys - which I twice firmly denied. He then stood up and ordered - quite loudly - all the drunks out of our car. And they left without discussion and didn't come back to the carriage. 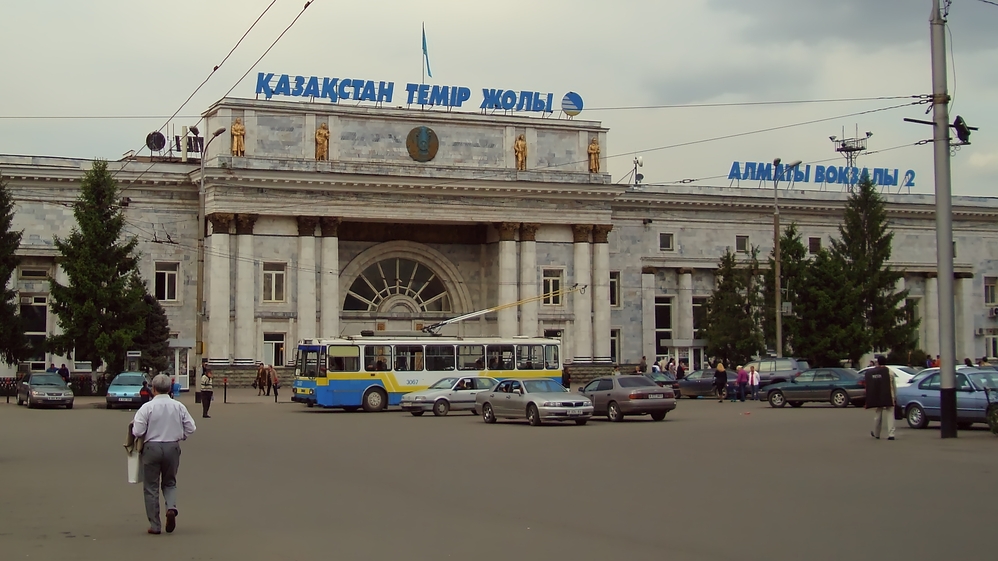 On a quieter note, my Nokia E61 does facilitate a lot of conversations when being on the train, since it is loaded with Russian video clips from my Moscow - Tashkent trip, plus heeps of my own music. During all the trips so far, people would make me listen to "Modern Talking" as soon as they learn that I am from Schwitsarya (Switzerland) - assuming that this must be a Swiss group. It is as if mobile phones come pre-loaded with their song "You're my heart, you're my soul". Other famous (mobile phone) music here is 50 Cent, Eminem and the various Doctors and DJ's.

My music taste (alternative & mainstream rock) is not really compatible with the locals. Although everybody knows Linkin Park, they start to look puzzled when playing Foo Fighters, Radiohead, Seether or Atreyu. So I go with the sound of the locals and look pleased (with a lot of effort) when they play Madonna, Enrique, 50 Cent or Eminem.

But the hardest of smiling efforts is definitely made when I have to listen to Modern Talking at full volume from a (fake) Nokia mobile phone loudspeaker. Both is actually very common here: Fake Nokia's at bargain prices (the N95 costs about $10), and walking in the street playing music from a cell phone. In the 80's we got Ghettoblasters. In 2008 they've got Ghettophones. Same behaviour - different technology. 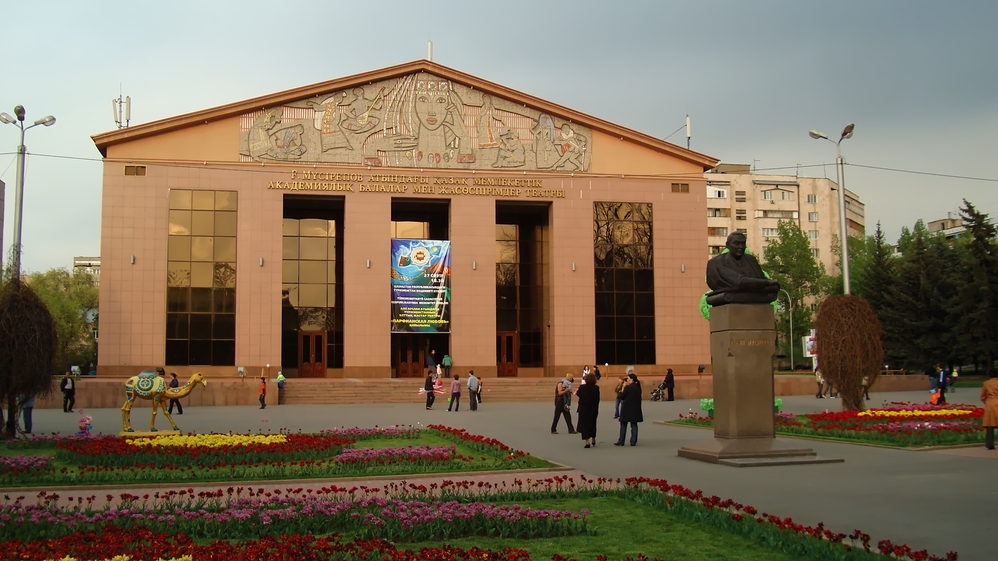 So here I am now in Almaty. It is a very beautiful, but also very expensive town. This city will definitely be worth a visit for a longer week-end flight whenever I earn some good cash in the future. The landscape having 5000m high mountain ranges right behind the city is stunning. And it is a very modern, cosmopolitan city. No need to search for money - ATM's are everywhere. Modern streets, buildings and supermarkets.

However, all that comes at a price. I am staying in a dormitory at over $40 a night which clearly is out of my budget. Originally, I had planned to stay five nights here - kind of a buffer stay to get things done - before heading up north to Siberia. But the cost make me leave within less than 24 hours, which turns out to be perfect: The days I overstayed in Uzbekistan are compensated and I am back to the original travel plan dates.