Turpan and the flaming mountains

Turpan is an oasis city in the Xinjiang Uyghur Autonomous Region in the People's Republic of China.

Traveling towards China's Wild West along the silk road, there is a major oasis in the desert - called Turpan. Here we stopped to see various archaeological sites and stunning sceneries. In China - as elsewhere on the world - you need to pay for access to all the attractions. But the Chinese sometimes go a step further as they do with the beautiful "Flaming mountains". Those are red sandstone hills in the Tian Shan mountains who have eroded over time. These mountains are visible from almost everywhere along the highway around Turpan. We got plenty of scenic shots of the flaming mountains while visiting other nearby sites.

However, officially the visit to these mountains consists of being taken to a fenced-off location where an access ramp leads tour buses down into a large pit. There, about 5m below the flat desert surface, the parking lot is surrounded by souvenir shops and - most importantly - a ticket booth with an entrance gate to an upstairs platform next to the highway. I almost peed in my pants laughing so hard upon seeing this absurdity. And yes, there are definitely tourists paying the entrance fee instead of backing up the entrance ramp to take a picture of the mountains. 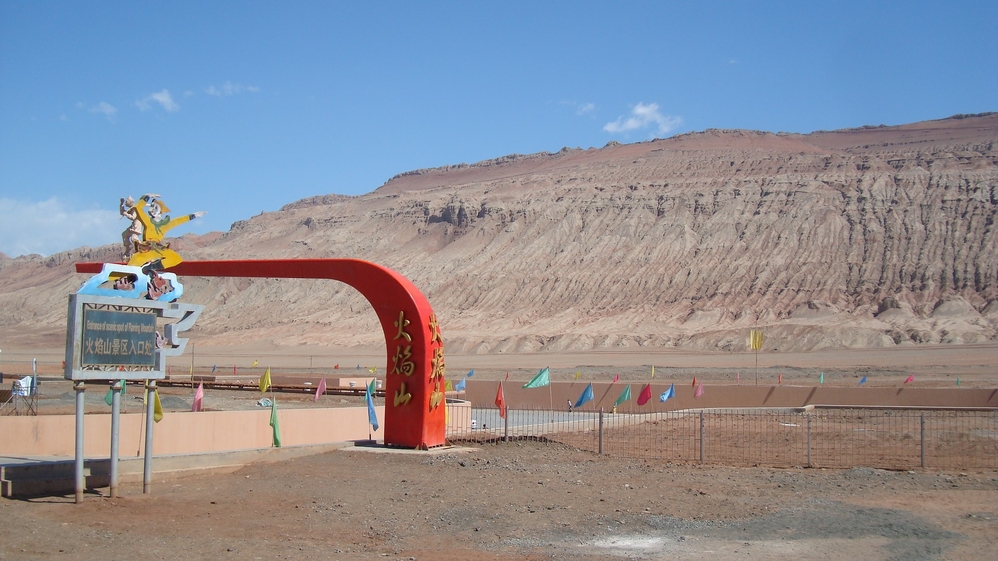 Another impressive sight are the Karez, an important Uyghur invention of water wells that are dug horizontally and are linked together by canals. This is quite ingenious and worth a visit - although the site has become a major tourist attraction containing a small amusement park next to it. Near Turpan, there are also the locations of Gaochang and Jiaohe, silk road ruins. Gaochang burned down in the 14th century, while Jiaohe was destroyed by the Mongolians in the 13th century. Both sites are quite impressive and it took Thomas and me the better part of the day to explore these ruins. 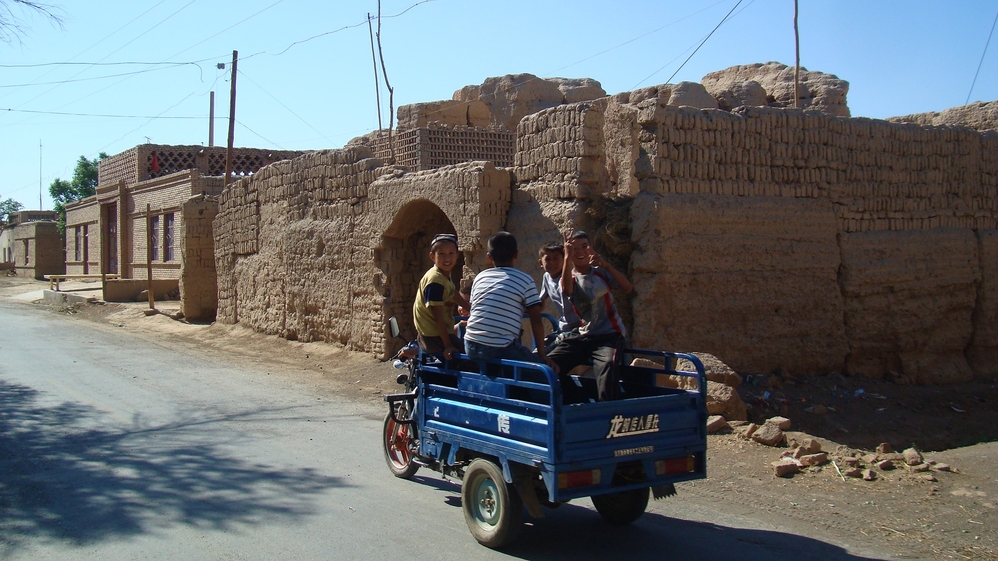 The Turpan Depression had actually nothing to do with our mood. It's simply the area's name, which is on an altitude of 154m below sea level - the second lowest after the Dead Sea. The region is very dry, very hot and sand storms are very common here. The heavy roadworks downtown do not help that situation. Winds are blowing sand from unfinished construction sites into any direction and having two showers a day was definitely the absolute minimum for us. Nevertheless, some areas of the city are finished, featuring pedestrian walks covered with vines. It's hard to resist just sitting down a whole afternoon drinking some tea and eating Uyghur food in such a beautiful setting. We can perfectly imagine how Turpan will look like in a couple of years and I might be back again in that city. 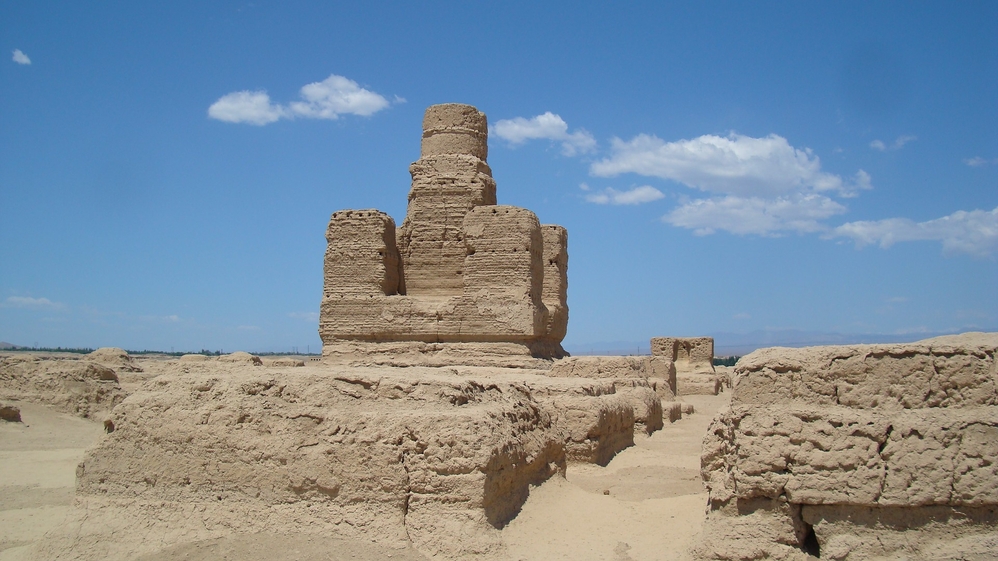 If it wasn't for the Chinese signs everywhere in Turpan, one would think being somewhere in Central Asia. And I have no troubles to communicate in Uyghur, a language with a lot of resemblance to Uzbek and Kazach. Most shops and road signs actually are bilingual in Arabic and Chinese. So, here I am, walking around with a big smile on my face, because this is a welcome break from "Chinese overload". Rediscovering familiar food, such as Laghman (spicy Uzbek noodle soup) and Manti (actually "Manta" in Uyghur - describing dumplings the Central Asian way). Nevertheless, eating Chinese or Uyghur food for several weeks doesn't help our craving for some solid Western style junk food. Pizza with tons of cheese or hamburgers with fries. All of which we couldn't find here.

←
The Olympic torch relay in Urumqi
→
The end of the wall in Jiayuguan
Thanks for reading!
© 1995 - 2022 Reto Jeger. All Rights Reserved.