What a weather change this is. Back in Almaty, I was boarding the train during a warm, early summer wind breeze. Upon arrival in Novosibirsk, freezing temperatures welcomed me.

Yes, it was surprisingly cold here. And yes, I needed some serious self-motivation to stay out and explore Novosibirsk instead of simply staying inside a cozy, warm coffee shop.

Luckily, it was Sunday morning and the streets were quite empty, since most shops open around 10am only. This gave me a fantastic opportunity to take pictures of buildings without the usual Russian traffic jams in front of it. 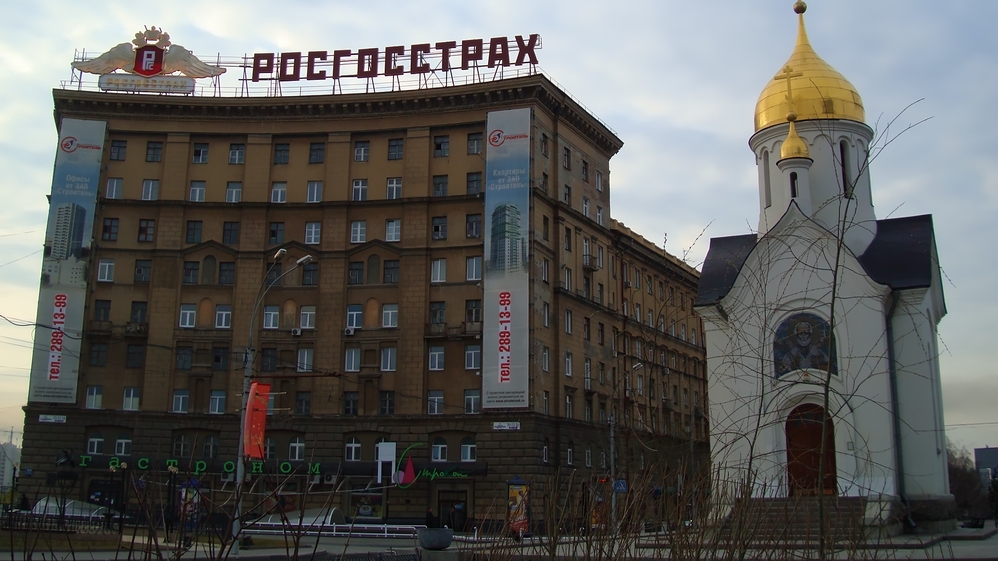 One rather unusual thing started to irritate me after strolling for a while through town. A constant loudspeaker noise coming from police cars shouting something in Russian as soon as any car would stop or slow down in an attempt to park alongside the main avenue.

Finally, I did realize, that there was an upcoming sports competition this very morning, where students from different universities would have to run on this avenue. Timing couldn't be more perfect: I would get my picture shots of the city, and later would have the opportunity to watch a sports event with the cheering public. 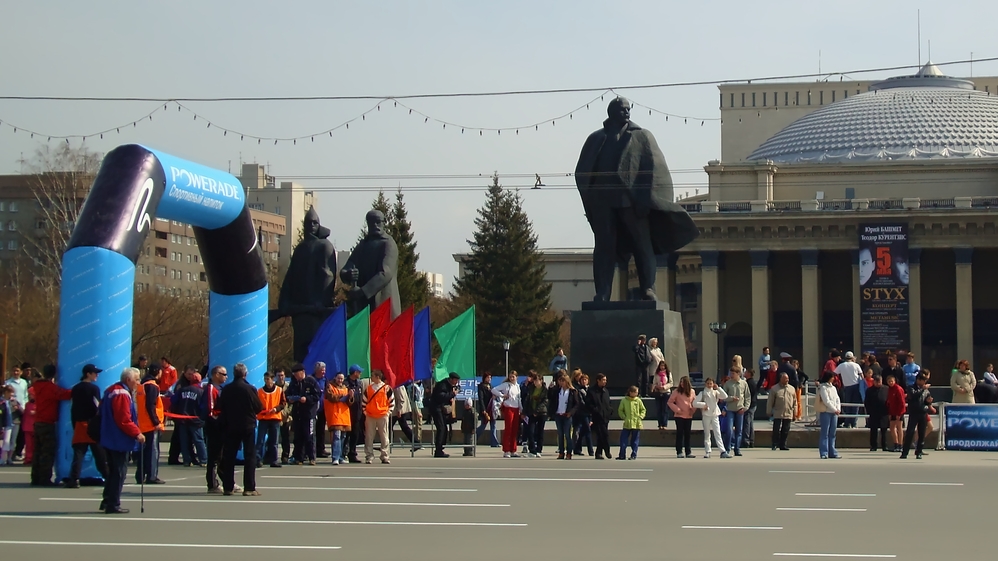 Novosibirsk made it easy to be liked, despite the cold weather. The city and its people had a very relaxed vibe. Altogether I only visited for about ten hours. But this was fully packed with sightseeing. Certainly there is more to discover here, but the urge to continue was stronger. So I took the onward train for Tomsk in late afternoon.

During the train ride, I studied the Lonely Planet map of Tomsk. The walking distance from the train station to the hostel was about 500 meters. So I decided to walk with my full backpack. Budget is tough and I already did walk about five kilometers back in Tashkent. And temperatures aren't an issue anymore - after Novosibirsk, I felt energized like a Siberian. A no-brainer. 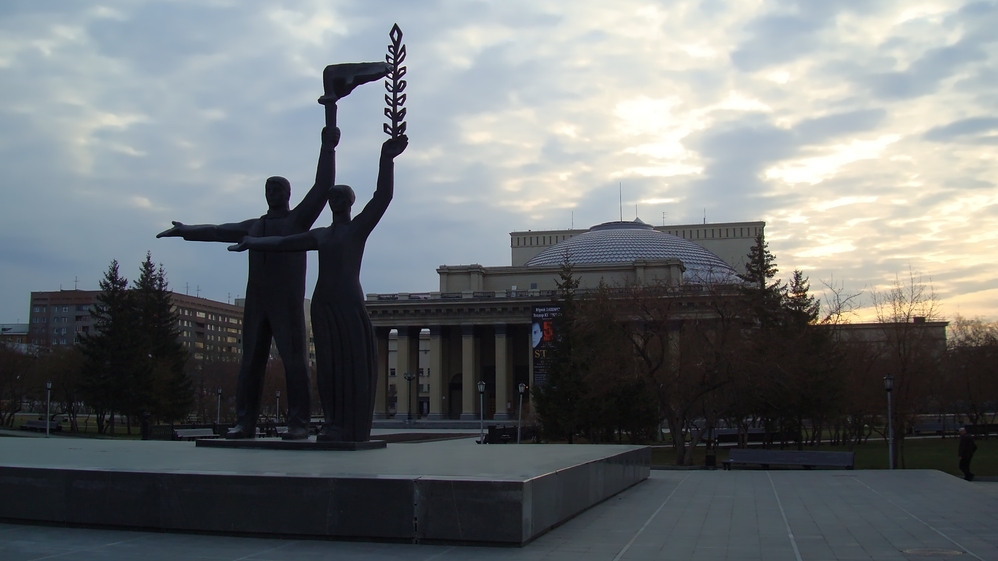 However, after arrival, I soon realized, that someone at Lonely Planet seriously must have messed up the scale of their map. That road to the hostel was substantially longer as I anticipated. It turned out, after asking the locals next day, that the distance was 3.4 kilometers. Now that distance wouldn't have been a problem, but here in Tomsk it was snowing. To complicate things further, it was 10pm by the time my train arrived from Novosibirsk.

Worried that the hostel would be giving up my reservation, my mood was a bit stressed. And my bladder doesn't really enjoy the cold. I really needed to pee halfway through the hike to the hostel - and I absolutely did not care whether Russian police would stop me (again). Finally, to make things worse, the hostel (TGU hostel) simply would not let me enter, due to their night curfew rules.

Feeling miserable and in self-pity, I was about to decide to walk back to the train station to sleep there, when I met a student, Aleksej, who was eager to practice his English. He directed me to the nearby Sputnik Hotel. This turned out to be a perfect place. It had a single room with television and shared bathroom. Sheer luxury after all the train journeys I had been through. Staff was very friendly and the price was actually quite OK.

Next morning, Tomsk greeted me in a white dress of thin snow. It felt like Christmas, only Rudolph the red nose reindeer was missing. Tomsk is a University city. This means that the city has - despite the superficial look - quite an urban feeling full of trendy action. Infrastructure, such as shops, museums and communications are perfect. Most underrated city on my trip so far? Yes, Tomsk was a pleasant surprise. 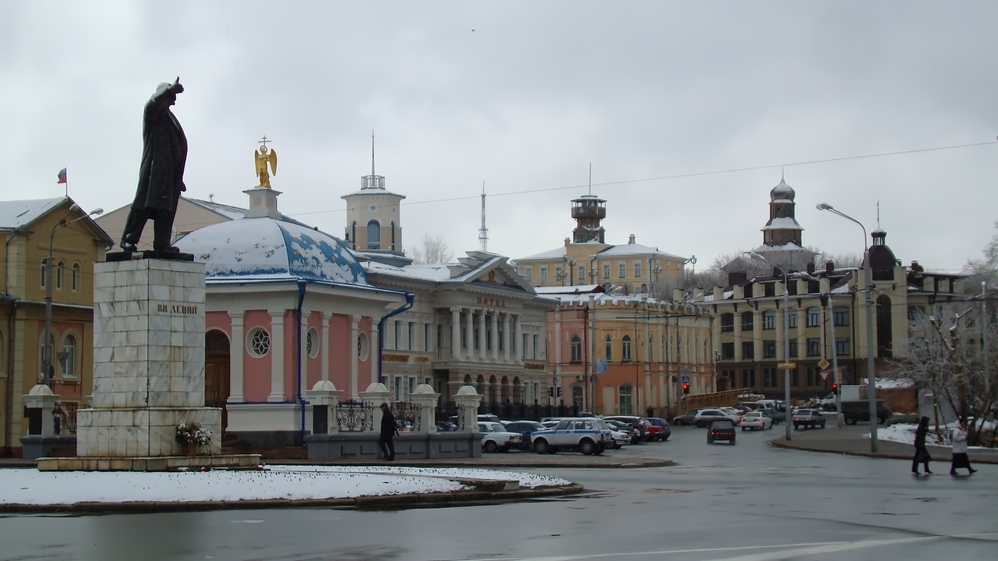 Aleksej joined me later that morning to show me the more historic aspects of Tomsk. Unfortunately I had my ticket for Irkutsk already booked for the same afternoon, because I would have loved to stay a couple of days here. Sadly, I had to bid farewell to Aleksej and the city of Tomsk. It is shortlisted as a re-visit, should I ever come back to this region.

Small note for future travelers to the region: Should you ever go to Tomsk and meet a Russian who speaks English with a Swiss accent: My fault - it's probably Aleksej.