Venice of the North - Amsterdam

Although it is an established fact that Amsterdam is a bicycle friendly city, I am always surprised when visiting, how well the Dutch have integrated cycling into their charming cities and lifestyles.

As if the charming narrow houses with gabled facades set in an elaborate canal system would not be enough to justify a visit: The people of Amsterdam show off how a big city can cope with sustainable transport.

Fun with numbers: Out of 17 million people (population of the Neterlands), 4.25 million claim to cycle every day. The country has a total of almost 23 million bikes, which is more than one bicycle per person. Amsterdam has more than 500km of dedicated bike paths.

However, at closer look, I did realize that almost no cyclists wear helmets. In fact, I do not remember having seen anyone wearing a helmet. However, that makes renting a bike for visiting the city a no-brainer, because there's no need to rent a helmet.

Nevertheless, I decided to explore the city by foot, which was quite easy, given the compact center of Amsterdam. I made a small circle trip (clock-wise) starting from the main train station, where I arrived from Brussels using the high-speed Thalys train.

Although there are numerous interesting museums, I did only visit them from the outside - kind of an architectural trail. I leave the "real" visits to the museums for a rainy day on one of my next trips.

Some of the pictures taken in Amsterdam: 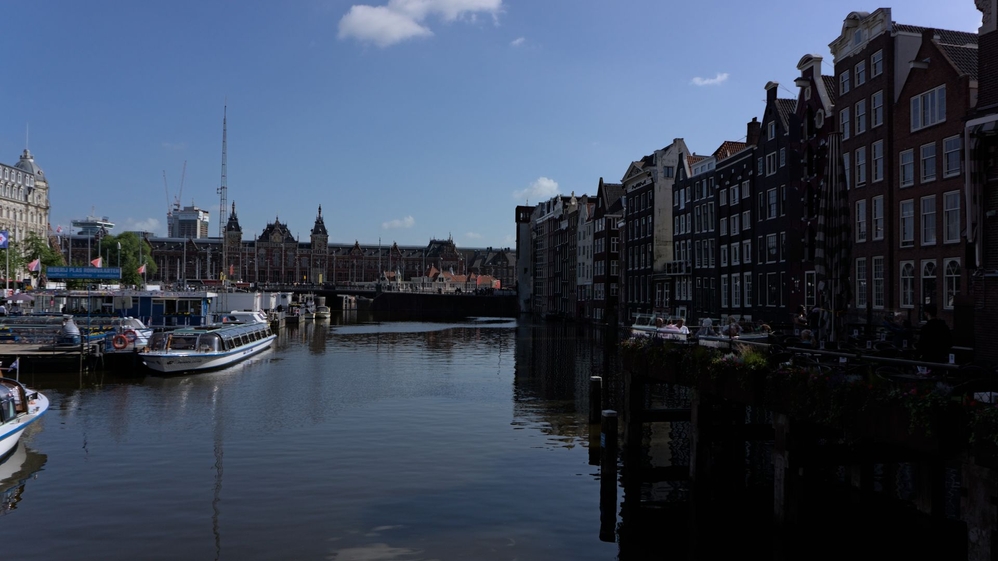 Houses near the Centraal station 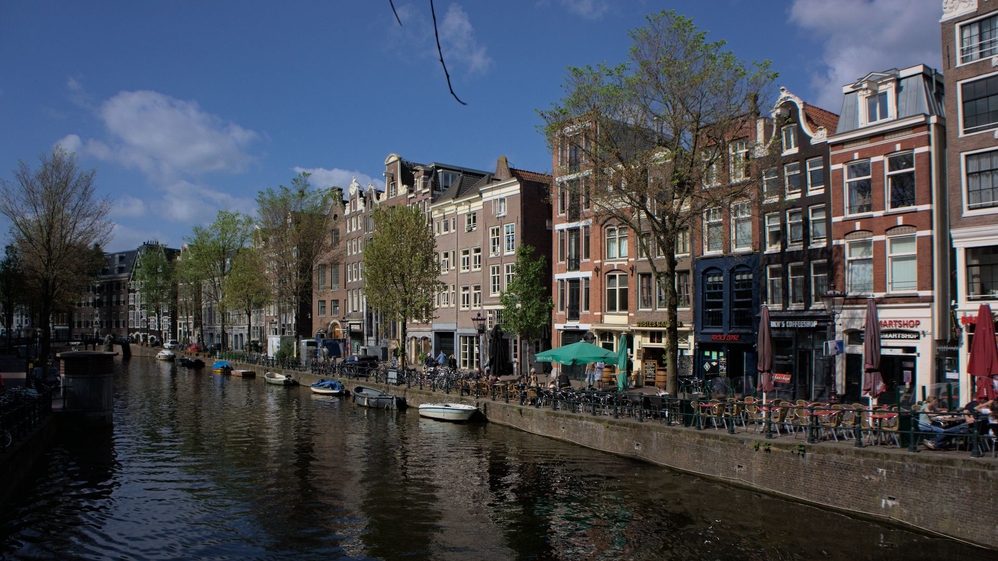 A typical canal view in Amsterdam 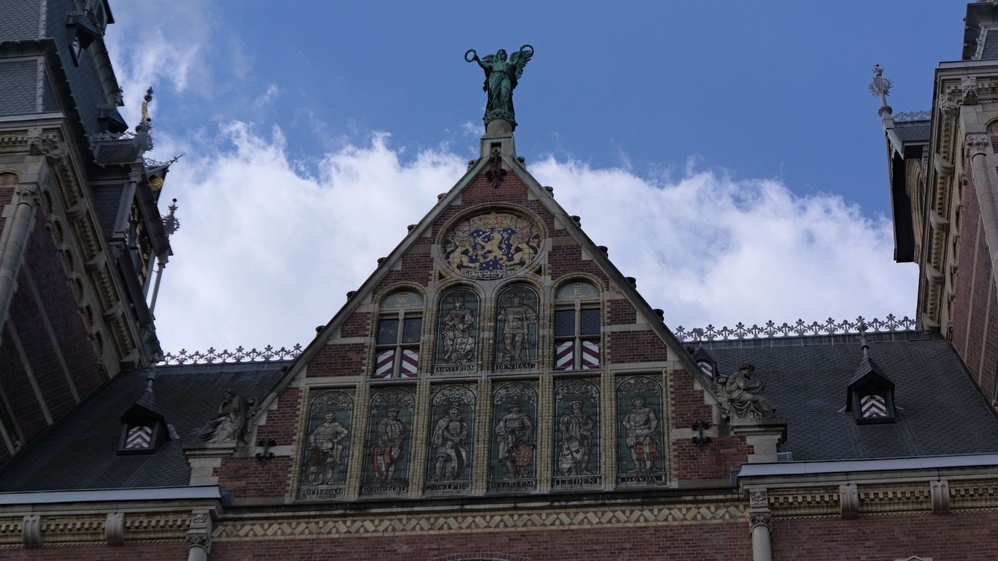 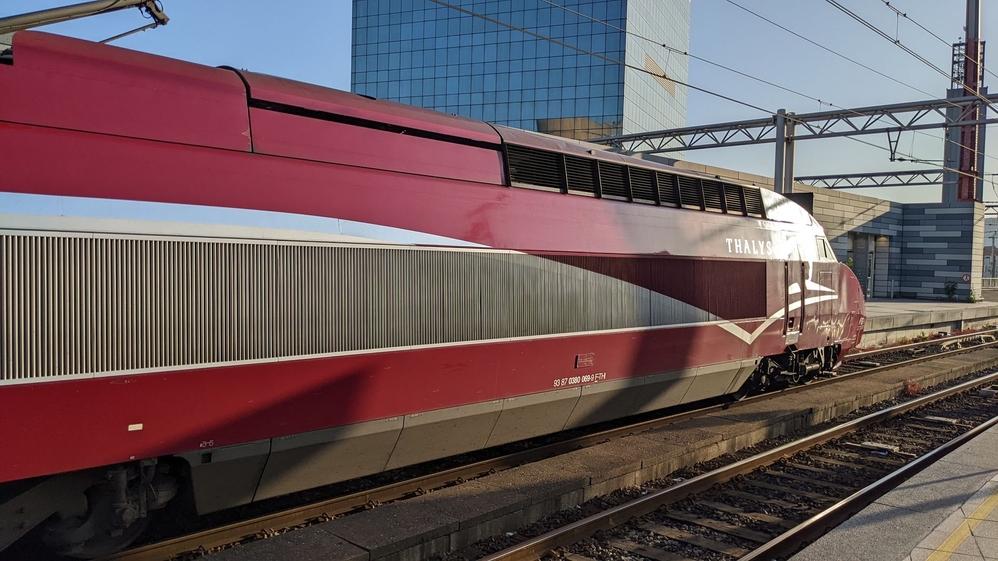