Irkutsk is one of the main hubs for tourists in Siberia. There's enough infrastructure to stock up on food and head either east (Vladivostok), south (Mongolia) or west (Moscow).

By the time I arrived in Irkutsk, I knew that a number of administrative tasks had to be done: Getting the visa for the onward journey to Mongolia, see a barber shop, post some postcards for friends without access to this blog, and send by mail a DVD with about 4GB worth of pictures as a backup to Switzerland. Eventually - in between all these tasks - I did plan to visit the city and also stock up on some cup noodles for the next train journey. 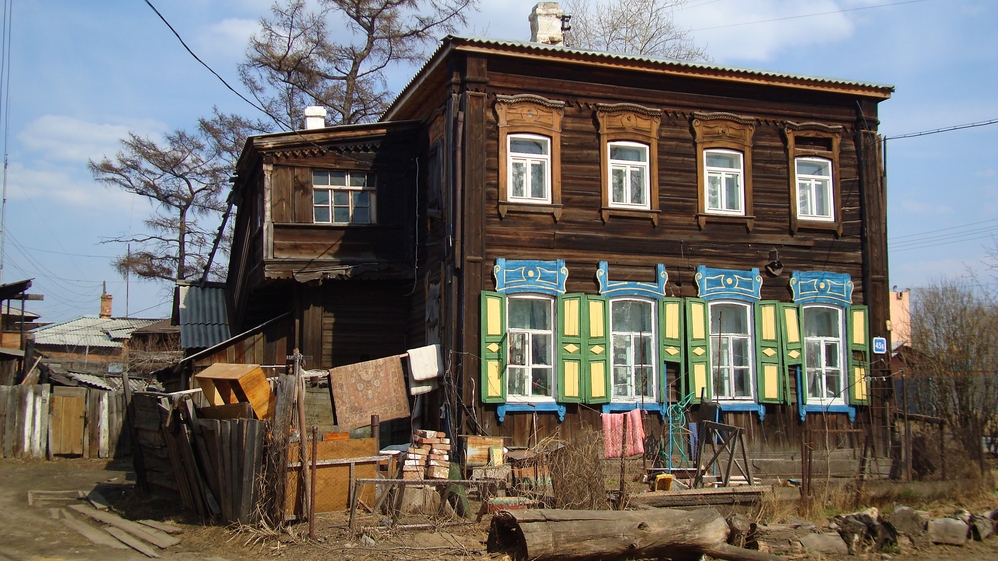 However, things went not as planned, because I arrived just a day before a major Russian holiday: May 1st. Embassies and government offices (such as the postal services) were closed for two days, while some of the tourist attractions and Internet cafes would close for two days once the government offices open up again. This meant that whatever I had in mind to organize in Irkutsk was dictated by a public holiday schedule I wasn't really familiar with.

To make matters worse: I needed my passport (not copies of it) for both the visa at the Mongolian embassy and to buy a train ticket at the railway station. It looked as if I had to stay a week here, because I didn't plan this properly. Would it be worth to spend so much time here? 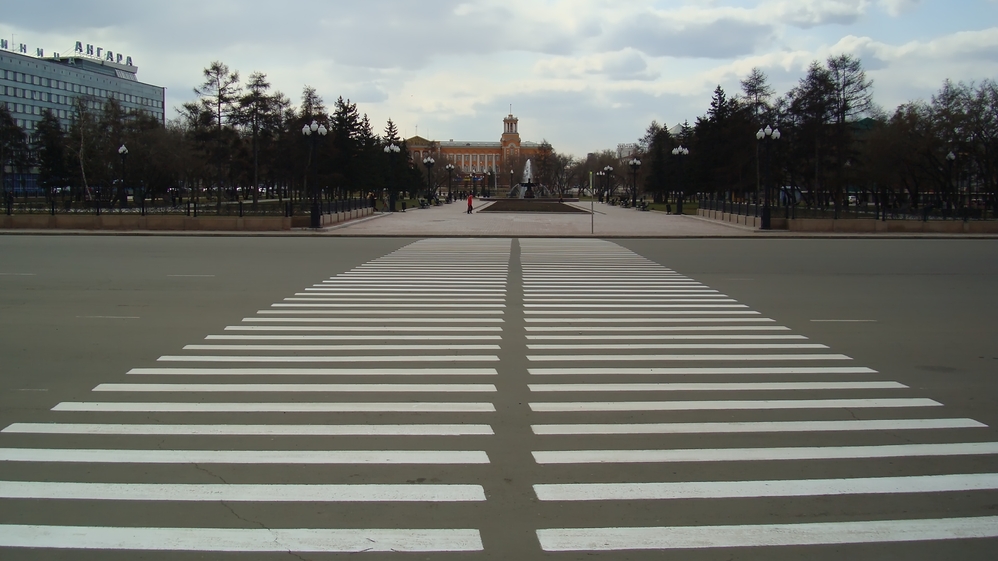 Needless to write that many tourists were in the same boat. We all somehow kept ourselves busy, either by exchanging information, having a few drinks or grabbing a taxi together for small excursions. This kept us busy and entertained.

Eventually there was a group of five Estonians - one guy travelling with four girls - who were somehow busy in a vodka competition after they arrived from the long train ride from Moscow. Needless to say that we had a lot of fun (Thomas B. from B. would probably have loved to be among that crowd).

The competition grew. Among the newcomers to the vodka game was Peter, a dutch guy. He was eager to do the "Circumbaikal Train Route". This is the name of a historic train ride on the original Siberian railway line along Lake Baikal. Since this historic railway trip was also on my shortlist, it made perfect sense to organize the trip together. 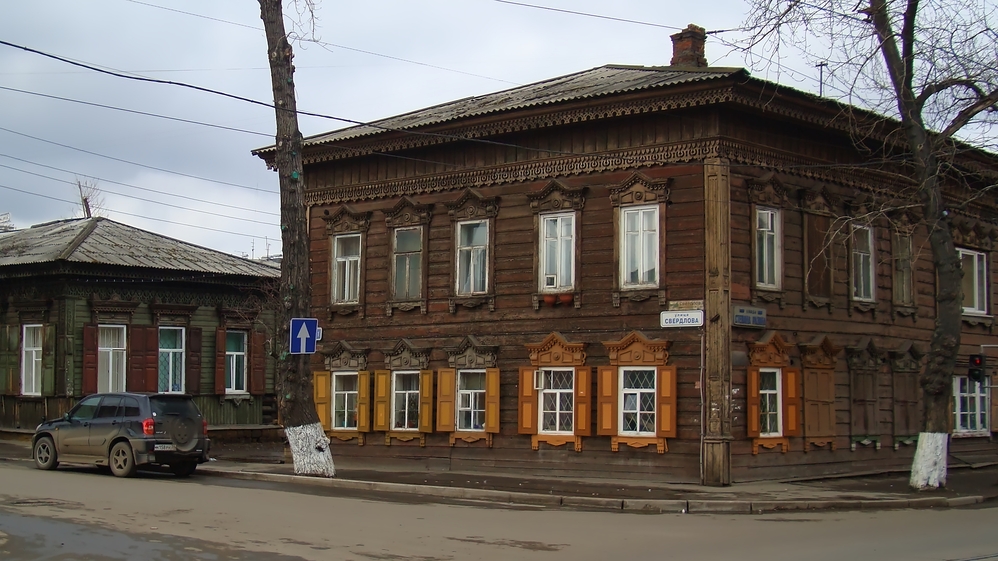 My plan was to head for the town of Sludvyanka which is the start of the historic train ride. Peter suggested that we should to the train ride in the opposite direction, starting from the beautiful small town of Listvyanka at the shores of Lake Baikal.

Many Russians head to this lakeside village in spring to walk on the breaking ice shelf. Obviously the men would do this with a bottle of vodka in their hand and the women would join them in high heels. Its a manly game of "who's afraid of falling into the icy water". Sun was shining and it was fun watching the crowd.

Peter and I took an overnight home stay with some local people in Listvyanka so that we could catch a very early morning ferry that would bring us to the train station at Lake Baikal. The homestay was very basic, without running water. Very early next morning we left as planned to catch the ferry boat to Port Baikal from where we would take that historic train.

Everything was working out fine, we even managed to catch a bus to the ferry landing (unknowingly to us there was one at that time running) - sparing us to walk 4 kilometers with our backpacks. The ferry trip to the port (and train station) was short (about 20 minutes). 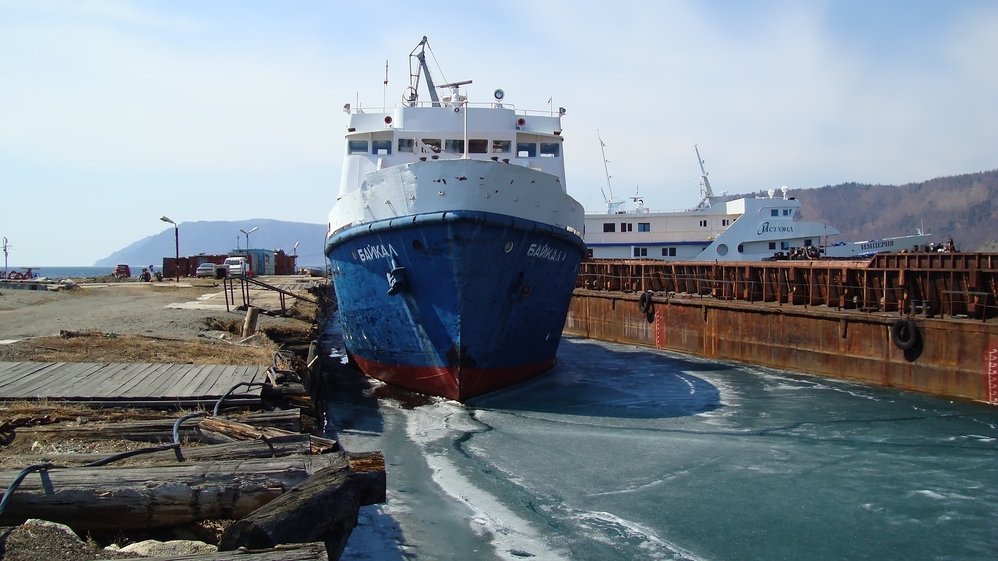 However, once we had arrived in Port Baikal, the train station agent wouldn't sell us tickets for the train scheduled to leave around 10am. Although the posted schedule clearly stated that there was a train leaving at that time, there wasn't one at the station. This is the kind of stuff that happens. And quite frankly - due to the public holidays I didn't expect things to go as planned anymore. So, not being able to do that trip didn't really bother me. It was a sunny day and Port Baikal was small and remote enough to give plenty of photo opportunities.

Peter, on the other hand, was a bit more uptight about this. He visited for this very railway trip which was supposed to be the highlight of a four week holiday railway journey going from Moscow to Beijing. But there was nothing we could do as the village of Port Baikal isn't connected to any other transport network (road, train). 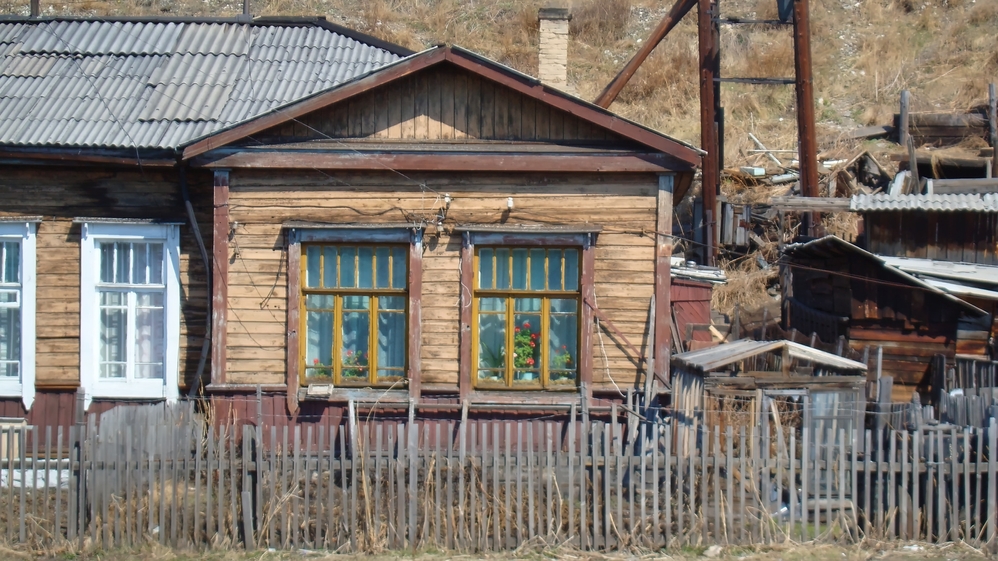 While I kept myself busy by checking emails using my trusty Nokia phone and browsing the latest news from websites, Peter was more and more fuming. The next ferry back to Listvyanka was scheduled for 4pm.

Two stranded backpackers in such a small village must have looked pretty funny to the locals. Actually, we met quite a few people throughout our waiting time at the port. The best chat we had actually with three young locals who were clearly binge drinking and trying to translate jokes word for word from Russian into English using my little Oxford dictionary. While the jokes by themselves got lost in translation, the situation of cumbersome translation was funny enough to make us all giggle.

Therefore, the waiting time of about six hours for our ferry back passed rather quick. During the return trip, I wondered whether Peter realized how unique this day was. We had just seen a typical Siberian village without any tourists and met local, welcoming people. This was a highlight of this journey through Siberia.